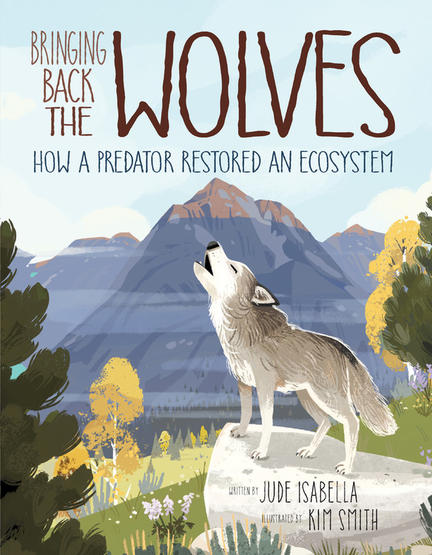 An unintended experiment in Yellowstone National Park, in which an ecosystem is devastated and then remarkably rehabilitated, provides crucial lessons about nature's intricate balancing act.

In the 1800s, hunters were paid by the American government to eliminate threats to livestock on cattle ranches near Yellowstone National Park. They did such a good job that, by 1926, no gray wolf packs were left in the park. Over the following decades, virtually every other part of the park's ecosystem was affected by the loss of the wolves --- from the animals who were their prey, to the plants that were the food for that prey, to the streams that were sheltered by those plants --- and the landscape was in distress. So, starting in 1995, in an attempt to reverse course, the government reintroduced gray wolves to the park. Over time, animal populations stabilized, waterways were restored and a healthy ecosystem was recreated across the land. It's a striking transformation, and a fascinating tale of life's complicated interdependencies.

Jude Isabella's thoroughly researched, expert-reviewed text and Kim Smith's beautiful nature art bring science to life in this captivating story of renewal. Readers will recognize just how complex an ecosystem is and learn about the surprising interconnectedness of its members. Biodiversity, ecosystems, the food chain, habitats, needs of living things and the importance of human stewardship of the environment are all covered through this real-life example, offering direct links to earth and life science curriculums. Food web infographics help reinforce the information. A glossary and index add to the book's usefulness.

Jude Isabella has been a journalist for over 20 years, focusing on science, health and the environment. She writes for a diverse audience, from grownups interested in archaeology to young readers interested in space. Jude has written five science books for kids, including Fantastic Feats and Failure, which won the prestigious American Institute of Physics Award. She spent three years researching Salmon and marine biodiversity on Canada's west coast for her master of arts degree in anthropology and writing, resulting in this book. After a dozen or so field trips, she can remove otoliths from juvenile salmon and clean her face in the bush without soap. One of her goals as a science writer is to educate readers that to be human does not mean being hardwired to destroy the environment. There is hope! Jude lives in Victoria, British Columbia.

This fascinating story is sure to captivate young conservationists.

Isabella and Smith offer young readers an opportunity to watch the effect on the environment of reintroducing the wolves and the vital and complex interconnections that make up ecosystems.

Tailor-made for classroom units on biodiversity, and fun to explore as well.

Other titles by Jude Isabella

The Extraordinary Story of One Ordinary Bicycle