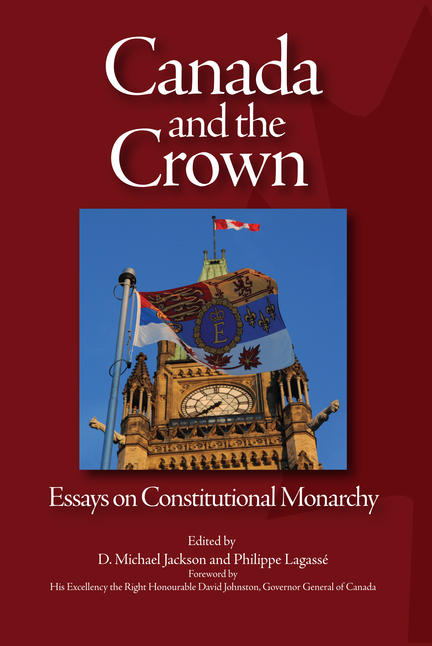 Stephen Harper's Conservative government has reversed the trend of its predecessors by giving the Crown a higher profile through royal tours, publications, and symbolic initiatives. Based on papers given at a Diamond Jubilee conference on the Crown held in Regina in 2012, Canada and the Crown assesses the historical and contemporary importance of constitutional monarchy in Canada.

Established and emerging scholars consider the Canadian Crown from a variety of viewpoints, including the ways in which the monarch relates to Quebec, First Nations, the media, education, Parliament, the constitution, and the military. They also consider a republican option for Canada. Editors D. Michael Jackson and Philippe Lagassé provide context for the essays, summarize and expand on the issues discussed by the contributors, and offer a perspective on further study of the Crown in Canada.

D. Michael Jackson was chief of protocol for the Government of Saskatchewan from 1980 to 2005, coordinated ten royal tours for the province, and established the provincial honours program. He is the vice-president of the Institute for the Study of the Crown in Canada and the author of The Crown and Canadian Federalism. Appointed Commander of the Royal Victorian Order by Queen Elizabeth II in 2005, he is a Member of the Saskatchewan Order of Merit and lives in Regina.

Philippe Lagassé is associate professor in the Graduate School of Public and International Affairs at the University of Ottawa.

Other titles by D. Michael Jackson

Canada's Monarchy at the Platinum Jubilee

Canada's Monarchy in the Age of Disruption

The Crown and Canadian Federalism