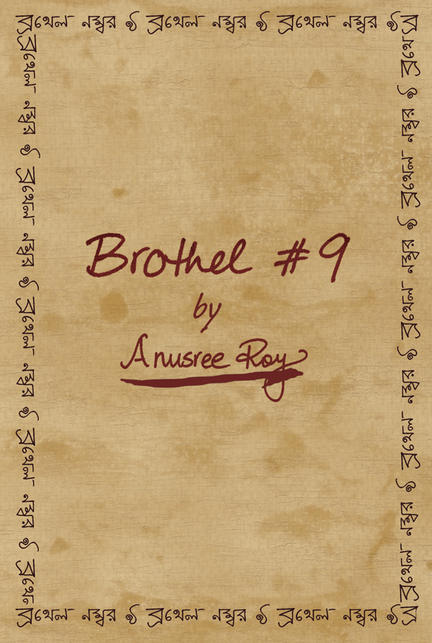 A deal has been struck between two men in India—twenty-one hundred rupees in exchange for a young village woman named Rekha. Sent to Calcutta without knowing why, Rekha finds herself in the confines of a brothel with Jamuna, a prostitute and madam, who is resigned to her trade. In these conditions, Rekha must shape her destiny and find inner liberty.

A Siminovitch Prize protégé recipient and Governor General's Literary Award finalist, Anusree Roy is also a multi–Dora Mavor Moore Award–winning playwright and actor. Her plays include Pyaasa (Dora Award for Outstanding New Play), Letters to my Grandma, Roshni, Brothel #9 (Governor General's Literary Award nomination and Dora Award for Outstanding New Play), and Sultans of the Street (Dora Award for Outstanding New Play). She is the recipient of the K.M. Hunter Award, the RBC Emerging Artist Award, and the Carol Bolt Award. She has been the playwright-in-residence at Nightwood Theatre, Factory Theatre, the Blyth Festival, Theatre Passe Muraille, and the Canadian Stage Company. Her opera librettos include The Golden Boy, Noor Over Afghan, and Phoolan Devi The Bandit Queen. Anusree has a master's degree from the University of Toronto and was Nurse Patel for two seasons of Global TV’s Remedy.

Iris Turcott is a dramaturge, director, and actor. She was also co-founder and co-artistic director of Playbill Theatre. She spent fourteen years as company dramaturge at the Canadian Stage Company. Iris has worked with playwrights from coast to coast including Adam Pettle, Joan MacLeod, Michel Marc Bouchard, Brad Fraser, Judith Thompson, Sunil Kuruvilla, and Tomson Highway. She has been involved in a number of international co-commissions including the Royal Exchange in Manchester, the Melbourne Festival, and the Abbey Theatre. She is also the dramaturge for Ronnie Burkettâ??s internationally acclaimed Theatre of Marionettes. Iris is active in arts education and is involved in a number of aspects of publishing. She has served on the board of directors for the LMDA (Literary Managers and Dramaturgs of the Americas) and is currently the company dramaturg at Factory Theatre.

"Brothel #9 is her most ambitious, hardest hitting play to date." —Lynn Slotkin

"Roy's convincing dialogue shows how a disturbing semblance of domesticity persists in this horrible environment."

Other titles by Anusree Roy

Little Pretty and the Exceptional

Sultans of the Street

Pyaasa & Letters to My Grandma

Other titles by Iris Turcott