""Whether it's the sign of a symbiotic marriage or of seasoned writers crafting a seamless travel collage, the narrative ..."> 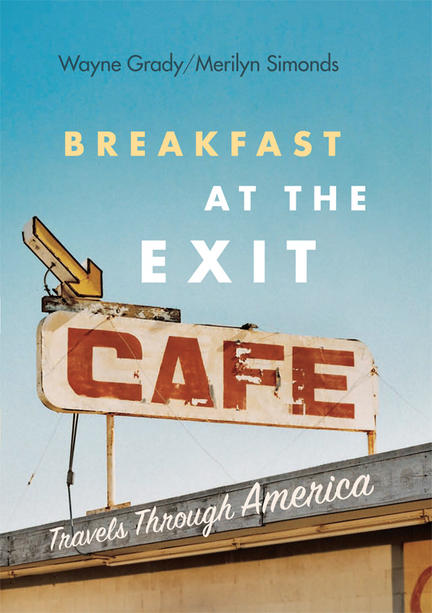 "p class=""book_description"">""Whether it's the sign of a symbiotic marriage or of seasoned writers crafting a seamless travel collage, the narrative in this road trip through America flows as easily as a new car on an empty highway."" -- Globe & Mail

Part travelogue, part exploration-a road trip into the reality behind the cultural myth that is America.

Breakfast at the Exit Cafe begins as a personal story-told in alternating voices by two travellers and writers-of a journey by car from British Columbia around the rim of the United States. It soon becomes a journey of exploration. For Grady, whose forebears were slaves who came to Canada in the 1880s, this is a journey through fear, racism, and violence into his own family roots. For Simonds, who grew up a lonely Canadian in the American School of Campinas, Brazil, it is a journey into the heart of the ex-pat promised land, the nation of the American Dream.

As Grady and Simonds travel back through American history, they encounter the splendours of the Mojave Desert, the Grand Canyon, the Mississippi River, and the bayous of Louisiana and the Outer Banks, and they experience the impact of geography on culture and of culture on the landscape. Although they are observing America from the outside, they also strangely feel at home. The Americans they meet illuminate a country dissolving in the grip of the Bush administration's final years and inspire them to reassess their-and our-assumptions about that powerful and complex country.

Merilyn Simonds is the author of fourteen books, including the novel The Holding, named a New York Times Editor's Choice, as well as the acclaimed works of literary nonfiction The Lion in the Room Next Door and The Convict Lover, a finalist for the Governor General's Award. She and Wayne Grady live on a small acreage north of Kingston, Ontario.