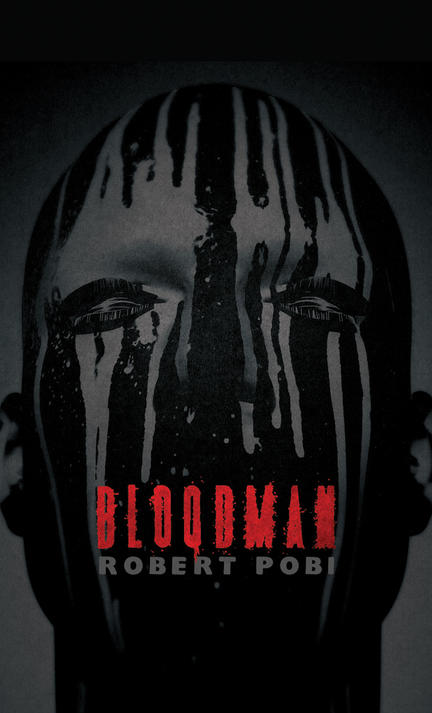 FBI contractor Jake Cole deciphers the language of murderers by reconstructing three-dimensional crime scene models in his head, a talent that has left his nerves frayed and his psyche fragile. Jake returns to Montauk, New York, for the first time in a quarter of a century when his father, a renowned painter, lights himself ablaze and crashes through a plate-glass window. Once home, Jake is pulled into a gruesome local homicide investigation that echoes his mother’s murder three decades earlier.

As he sifts through the detritus of his father’s madness, Jake discovers thousands of seemingly meaningless paintings stacked in the studio—a bizarre trail of dust-covered breadcrumbs the painter left as he tumbled down the rabbit hole of dementia. Breadcrumbs that Jake believes lead to the killer.

With the help of Sheriff Dan Hauser—a man scrambling to prepare the seaside community for the arrival of a catastrophic hurricane—Jake Cole sets out to find the seemingly unstoppable force of malevolence known as the Bloodman.

A unique and disquieting thriller that redefines the genre, Bloodman will leave you reeling long after its operatic finale.

“A Sixth Sense-like take on Thomas Harris in his prime…Days after racing to the finish, and letting the book rattle around in the unconscious, the story still unsettles me. Clearly this was Pobi’s aim in choosing the method of death for his poor victims, to get both metaphorically and literally under the reader’s skin so they never forget death’s primal, visceral horror.” —Sarah Weinman for The National Post

“A gut-punch of a book. With bold bloody strokes, Pobi paints a tale of horrific murders and familial obligation, showing the grace and grit of ten first-time novelists. Try closing your eyes after digging into this one.” —Gregg Hurwitz author of You’re Next and Trust No One

“Much like Dennis Lehane did with Shutter Island, Robert Pobi takes a plot that could have been from any pulp thriller and makes it something richer by virtue of his outstanding prose and his focus on characters…This would be a hell of a thriller for a seasoned writer to put out; for Pobi to create something this good on his first at-bat only thrills me to see where the rest of his career will take him and us.” —Josh Mauthe, The Library Police

“Heartbreaking and chilling…” —Andrew Pyper, author of The Killing Circle and The Guardians

“…It is so gripping you don’t want to put it down…A dark and frightening story, exceptionally well told…” —Saskatoon StarPhoenix

“Bloodman is not so much as book as it is a journey, one that is both beautiful, and horrific. And far from anything you expected.” —Deryn Collier, author of Confined Space

“This is a twisty book with multiple shocks that will keep you guessing until the very last page. And the ending will grab you and not let go.” —Amy Phelps, The News and Sentinel