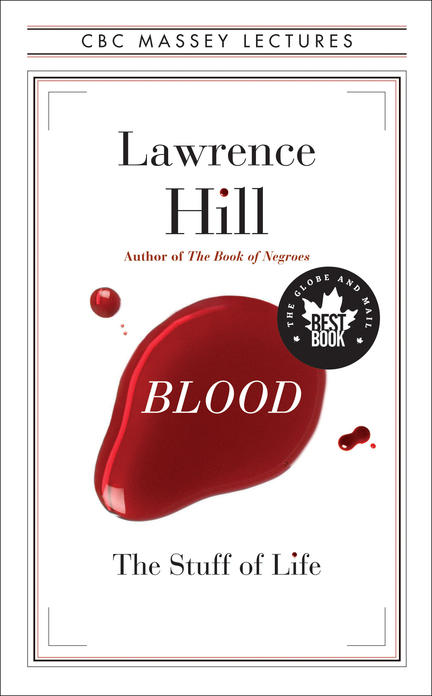 With the 2013 CBC Massey Lectures, bestselling author Lawrence Hill offers a provocative examination of the scientific and social history of blood, and on the ways that it unites and divides us today.

Blood runs red through every person’s arteries and fulfills the same functions in every human being. The study of blood has advanced our understanding of biology and improved medical treatments, but its cultural and social representations have divided us perennially. Blood pulses through religion, literature, and the visual arts. Every time it pools or spills, we learn a little more about what brings human beings together and what pulls us apart. For centuries, perceptions of difference in our blood have separated people on the basis of gender, race, class, and nation. Ideas about blood purity have spawned rules about who gets to belong to a family or cultural group, who enjoys the rights of citizenship and nationality, what privileges one can expect to be granted or denied, whether you inherit poverty or the right to rule over the masses, what constitutes fair play in sport, and what defines a person’s identity.

Blood: The Stuff of Life is a bold meditation on blood as an historical and contemporary marker of identity, belonging, gender, race, class, citizenship, athletic superiority, and nationhood.

LAWRENCE HILL is a professor of creative writing at the University of Guelph. He is the author of ten books, including The Illegal; The Book Of Negroes; Any Known Blood; and Black Berry, Sweet Juice: On Being Black and White in Canada. He is the winner of various awards, including the Commonwealth Writers’ Prize and the Canada Council for the Arts Molson Prize, and is a two-time winner of CBC Radio’s Canada Reads. Hill delivered the North America-wide 2013 Massey Lectures, based on his non-fiction book Blood: The Stuff of Life. He co-wrote the adaptation for the six-part television miniseries The Book of Negroes, which attracted millions of viewers and won eleven Canadian Screen Awards. The recipient of nine honorary doctorates from Canadian universities, Hill served as chair of the jury of the 2016 Scotiabank Giller Prize. He is a volunteer with Book Clubs for Inmates and the Black Loyalist Heritage Society, and is an honorary patron of Crossroads International, for which he has volunteered for more than thirty-five years and with which he has travelled to Niger, Cameroon, Mali, and Swaziland. A 2018 Berton House resident in Dawson City, he is working on a new novel about the African-American soldiers who helped build the Alaska Highway in northern B.C. and Yukon in 1942–43. He is a Member of the Order of Canada, has been inducted into Canada’s Walk of Fame, and in 2019 was named a Canada Library and Archives Scholar. He lives in Hamilton, Ontario, and in Woody Point, Newfoundland.

Brilliant and evocative... This is a history of life and of death, of health and sickness, of science, superstition and religion, of the very building block of family, ancestry and inheritance.

Marlon James, author of The Book of Night Women

A rich volume... Part autobiography, part medical history and part cultural reflection, Hill dissects the many meanings of blood, in all times and all cultures, including our own.

The book is as enthralling as it is informative.

The reasons for Hill's success as a writer are apparent throughout.

A beautiful and erudite biography of that which courses through us all – I was totally captivated.

James Davies, author of Cracked: Why Psychiatry is Doing More Harm Than Good

A book of magisterial scope and breath-taking intimacy… Hill not only reveals the wisdom of our bodies, but also forces us to confront our prejudices and re-evaluate the meaning of our lives. Blood is biography at its best.

Mark Jackson, Professor of the History of Medicine, University of Exeter

The book is chock full of fascinating statistics, anecdotes and arguments about blood and ranges in topics...It's entertaining, shocking and informative; the lectures should be both challenging and engaging.

The book is enlivened by Hill's personal and familial experiences with blood... he affirms the humanist and scientifically accurate description that we are all part of the unfolding diversity of the human family. Amen!

...Hill is a wonderful storyteller, and it’s the stories – his own in particular – that absorb and resonate.

Siddhartha Mukherjee, Author of The Emperor of All Maladies: A Biography of Cancer, and winner of the Guardian First Book Award

Where Blood shines (glistens?) is in the many places where Hill exposes and explores the contradictions and liminal spaces of a topic that — whether we like it or not — unites us all.

With compelling stories from history, science and his own family, Lawrence Hill shows the physical and metaphorical value of this liquid that we all share, yet which is so often used to divide us.

Hugh Aldersey-Williams, bestselling author of Periodic Tales: The Curious Lives of the Elements

...a comprehensive and powerful social history of blood and its myriad implications for the ways we view ourselves.

...Hill is a commanding storyteller...

Other titles by Lawrence Hill

The Book Of Negroes Movie Tie-In

The Stuff of Life