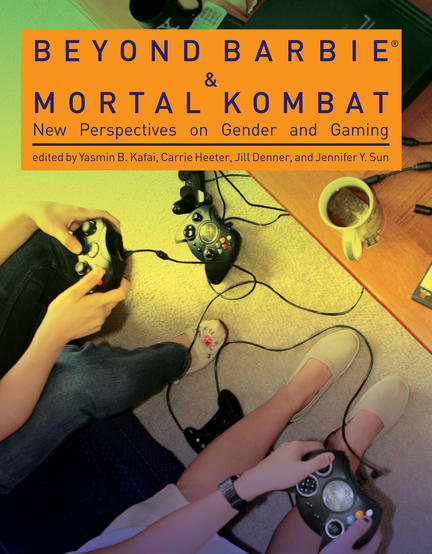 Ten years after the groundbreaking From Barbie to Mortal Kombat highlighted the ways gender stereotyping and related social and economic issues permeate digital game play, the number of women and girl gamers has risen considerably. Despite this, gender disparities remain in gaming. Women may be warriors in World of Warcraft, but they are also scantily clad “booth babes” whose sex appeal is used to promote games at trade shows. Player-generated content has revolutionized gaming, but few games marketed to girls allow “modding” (game modifications made by players). Gender equity, the contributors to Beyond Barbie and Mortal Kombat argue, requires more than increasing the overall numbers of female players. Beyond Barbie and Mortal Kombat brings together new media theorists, game designers, educators, psychologists, and industry professionals, including some of the contributors to the earlier volume, to look at how gender intersects with the broader contexts of digital games today: gaming, game industry and design, and serious games. The contributors discuss the rise of massively multiplayer online games (MMOs) and the experience of girl and women players in gaming communities; the still male-dominated gaming industry and the need for different perspectives in game design; and gender concerns related to emerging serious games (games meant not only to entertain but also to educate, persuade, or change behavior). In today's game-packed digital landscape, there is an even greater need for games that offer motivating, challenging, and enriching contexts for play to a more diverse population of players.

Yasmin B. Kafai is Professor of Learning Sciences at the University of Pennsylvania. She is the coeditor of Beyond Barbie and Mortal Kombat: New Perspectives on Gender and Gaming and coauthor of Connected Play: Tweens in a Virtual World (both published by the MIT Press). She is also coauthor of Connected Gaming.

Carrie Heeter is Professor of Serious Game Design in the Department of Telecommunication, Information Studies, and Media, and Creative Director for Virtual University Design and Technology at Michigan State University.

Jennifer Y. Sun is President and a founder of Numedeon, Inc., the company that launched Whyville.net, an educational virtual world targeted at children ages 8 to 14.

The editors of this book pay homage to the legacy of From Barbie to Mortal Kombat while providing ample evidence that, even ten years later, there remains significant gender inequity in the gaming world, necessitating changes from within and outside of the industry. The insights contained in this volume might be a catalyst for such changes.—Jessica L. Ghilani, University of Pittsburgh Signs: Journal of Women in Culture and Society—