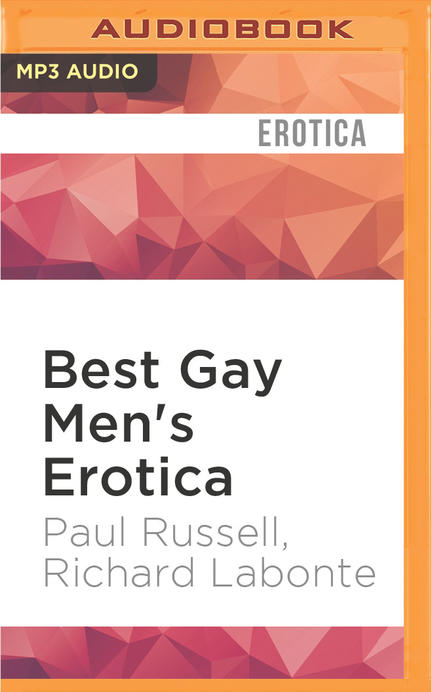 Rough, yet romantic. Racy, yet a nice and slow one-handed listen, Best Gay Erotica 2013 is yet another jewel in the crown of Cleis Press's gay erotica.

Richard Labonté is the co-editor of four Arsenal anthologies, all with Lawrence Schimel: The Future Is Queer (2006), the Lambda Award-winning First Person Queer (2007), its sequel Second Person Queer (2009), and I Like It Like That (2009). He has been the editor of the book series Best Gay Erotica (Cleis) since 1997. He writes a syndicated gay book review column, "Book Marks," for Q Syndicate, and also the gay men's edition of "Books to Watch Out For." He moved to Bowen Island, BC Canada in 2007.

Paul Russell is the accomplished author of various works of both fiction and non-fiction, including several award-winning novels, anthologies, poems, short stories, essays, and book reviews. He attended Oberlin College and later studied at Cornell University, where he earned an M.F.A. in Creative Writing and a Ph.D. in English. Russell has taught English at Vassar College and the University of Exeter, and is a Professor of English at Vassar College. He lives in upstate New York.

Other titles by Richard Labonté

Other titles by Paul Russell

The Limits of Free Will

The Oxford Handbook of Hume

The Riddle of Hume's Treatise