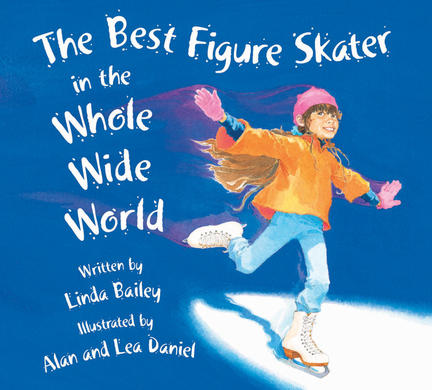 All Lizzy wants is to be the best figure skater in the whole wide world. When she begins taking lessons, Lizzy discovers that ice-skating is a lot harder than it looks. Even so, she is determined to learn. And when her teacher announces that the class will be performing Snow White and the Seven Dwarfs at the winter carnival, Lizzy knows she can skate the lead. But Lizzy's dreams are shattered when she is cast as a lowly tree. She valiantly perseveres, and on the day of the show, Lizzy spontaneously leads the other “trees” in a performance no one will ever forget!

Young readers will love this spunky heroine who overcomes her setbacks with imagination and humor and discovers her own special way to shine.

This is a delightful book, with genuine ups and downs, vivid childhood passions, and a cheeky and amusing solution. The illustrations, by Alan and Lea Daniel, are complex, lively, funny, and at the same level as the text.

... this story is a useful and an engaging example of overcoming disappointment. All children can relate to the experience of not being chosen for a part they feel they should have. Use this colorful celebration of spunk to spark up a story hour.