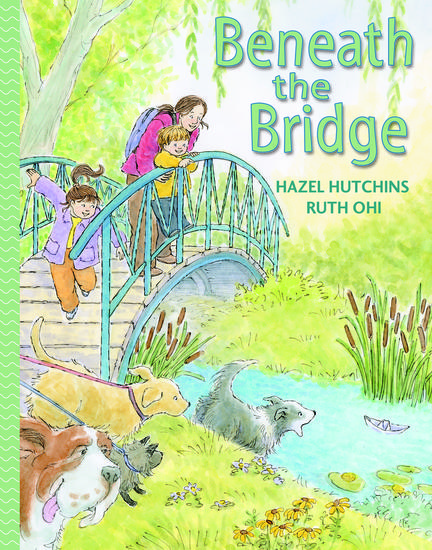 When a young boy launches a tiny paper boat downstream, he wonders about the adventures it will have on its voyage.

The little vessel sails past goggling frogs and hovering insects, houses and stores along the shores, roads and railways, and eventually into the shadows of giant ships. Though the big river becomes a dangerous place for the boy’s small boat, there are enough helpers on the water to send the vessel on its way. The paper ship is safely passed from canoe to river boat and finally to the crew of an ocean liner. “Someday I’ll follow, just to see,” thinks the boy, “but for now it sails for me.”

Hazel Hutchins has created a rhythmic and moving tale that runs gently through Ruth Ohi’s detailed and dynamic illustrations.

These are the books that my family has loved until their bindings broke. What are some of yours?