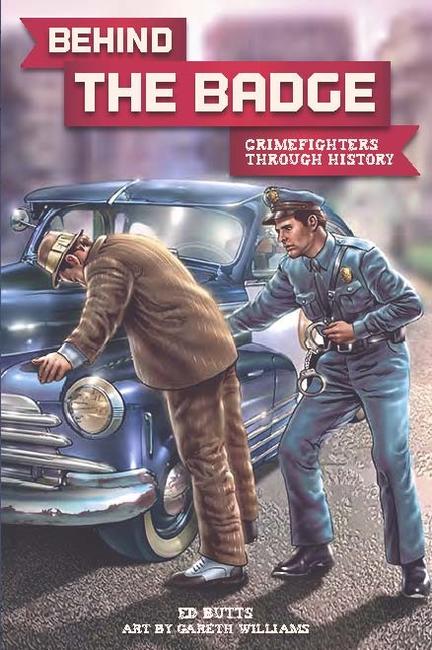 Buckle up for true stories of the chiefs, strongmen, and outlaws who kept the peace.

Where did the concept of policing originate? Who fought crime in ancient civilizations like those of Greece and Rome? How did the monarchs of the Middle Ages keep the countryside free of bandits? Why were the frontier towns of the American West policed by gunfighters? The truth will surprise you!

In parts of the prehistoric world, young warriors took turns enforcing community laws. During the Ottoman Empire, the sultan's police acted as spies, bodyguards, executioners, and even gardeners. In China, officials called prefects kept order with the aid of retired soldiers. In Amsterdam during the 1600s, citizens worked the night watch to keep the streets virtually crime-free. Deplorable conditions in the slums surrounding Rio de Janeiro in the 1980s and 90s gave rise to gangs of vigilante death squads, which included some police officers.

With text that moves at the speed of a Hollywood car chase, and full-color artwork that provides a you-were-there picture of events from ancient times to the modern era, Behind the Badge vividly captures the varied and unexpected roles police have played over time.

Ed Butts has written more than a dozen books for readers of all ages. His most recent title is Bodyguards! He lives in Guelph, Ontario.

Gareth Williams is the illustrator of Outlaws, Spies, and Gangsters, as well as the Red Maple Award-shortlisted The Adventures of Medical Man. He lives in South Africa.

Ed Butts loved history and adventure stories as a kid, and started writing short stories, articles, and poetry in his teens. On the rare occasions when a magazine published his work, he was overjoyed, especially when they sent him a cheque for ten dollars. Since then Ed has written books about explorers, adventurers, criminals, hidden treasure, disasters, mysteries, and daring women. He has also worked at many other jobs, including teaching at a school in the Dominican Republic for eight years. Ed lives in Guelph, Ontario, with his daughter and six-year-old grandson.

Other titles by Ed Butts

This Game of War

From Gladiators to the Secret Service

The Adventures of Medical Man