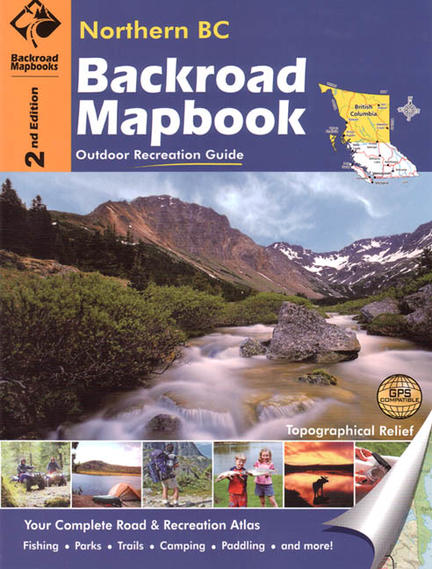 This backroad mapbook is a comprehensive outdoor recreation guidebook/atlas for the northern half of British Columbia, from the Prince George/Smithers/Terrace/Kitimat/Prince Rupert area to the B.C./Northwest Territories and B.C./Yukon borders, an area of the province with extensive wilderness for outdoor recreation. It covers an area larger than Sweden, which is the fifth largest country in Europe. The book includes 92 colour recreational GPS-compatible topographical relief maps with backroads, logging roads, trails, parks, and the locations of campsites. It also includes information on parks; backroad attractions; hiking, biking, ATVing, and horseback riding trails; lake, river, and ocean paddling; skiing; snowshoeing; snowmobiling; lake, river, and ocean fishing; camping areas; hot springs; and wildlife viewing. The book includes the Queen Charlotte Islands and many large provincial parks.

Mussio Ventures Ltd. was incorporated in 1993 and has become one of the top three map producers and one of the biggest publishers in Canada. We are in the business of producing, publishing, distributing and marketing Outdoor Recreation guidebooks and maps. Selling over 250,000 copies sold in 2007 and 2008, our Backroad Mapbook series is easily the best selling Outdoor Recreation guidebook series in Canada. We also sell almost 50,000 copies of our various Fishing Mapbooks, Outdoor Recreation Maps, Topographic Maps, digital maps and various other products annually.

Russell and Wesley Mussio started the Backroad Mapbook Series in 1993. The brothers are avid backcountry explorers who love to pursue a variety of different activities. They came up with the idea when they realized it was rather cumbersome to cart a different book for each activity along with a stack of often-outdated maps.

Other titles by Mussio Ventures