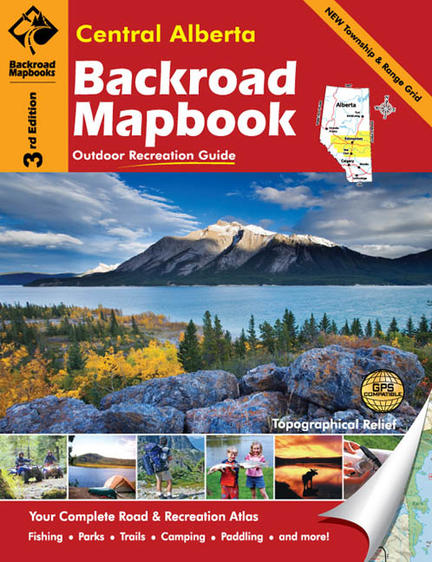 Welcome to the Third Edition of the Backroad Mapbook for Central Alberta! This is a vast area of the Alberta heartland that stretches east from the Rocky Mountain foothills to Saskatchewan and from Olds in the south to Lac La Biche in the north.

As always, we spent countless hours updating the book. Everything from the new look road and recreation maps to the writing on activities like fishing, paddling, camping, hiking and snowmobiling was reviewed in detail. The explorer or outdoors person will countless things to do and see in the area. If you love getting outside, this is the book for you.