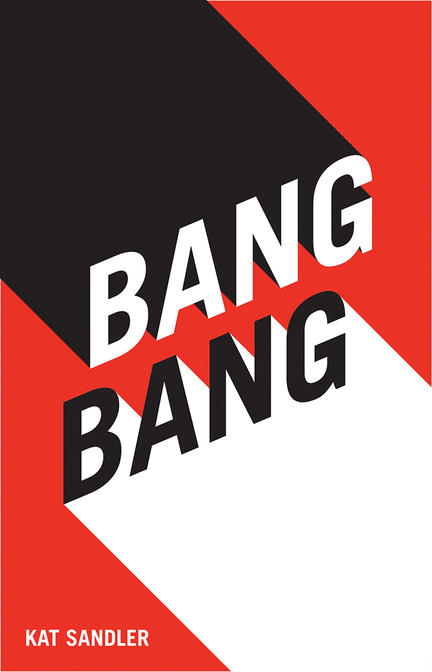 Lila, a young Black ex-cop, has been on leave from the police force ever since she shot an unarmed Black youth. She’s moved back in with her mother, Karen, and is drinking beer for breakfast. So when Tim, a white playwright, shows up at her door to casually inform her that his play inspired by her experience is being adapted into a movie, Lila’s trauma is dragged out for speculation once again. The star of the film, their ex-cop bodyguard and Karen are pulled into the fight, leading to an epic metatheatrical standoff in a living room play about a living room play about gun violence, police, art and appropriation.

This dark, fast-paced dramedy by the author of Punch Up and Mustard traces the responsibility we have as artists in storytelling and the impact of what it means to be inspired by true events.

Kat Sandler is a writer, screenwriter, director, and the artistic director of Theatre Brouhaha. She has directed fourteen of her original plays, including the Dora Mavor Moore Award–nominated Bang Bang, the Toronto Best of Fringe hits Bright Lights, Punch Up, Help Yourself, and Delicacy, and Liver, Cockfight, and Retreat. Her play Mustard won the 2016 Dora Award for Outstanding New Play. She was the 2015 recipient of NOW Magazine’s Audience Choice Award for Best Director and Best Playwright. She is the Canada Council Playwright-in-Residence at Tarragon Theatre and is currently working on two television productions with Shaftsbury and eOne. Kat is a graduate of Queen’s University. She lives in Toronto.

“Sandler’s play turns a skeptical eye on the truism that art builds bridges, but is clearly driven by a belief that it can reflect the confusion, prompt laughter, and perhaps crack open perceptions of the experience of others.”

“Sandler—one of the most talented and prolific playwrights of her generation—explores how power, privilege and intersectionality complicate discussions around the big, important issues of the day.”

Other titles by Kat Sandler

The Party & The Candidate