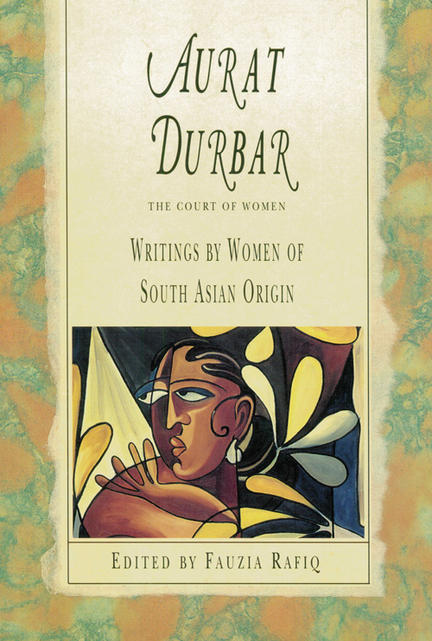 Aurat Durbar - Hindi/Urdu for "the court of women" - invites readers into the world of women of South Asian origin. In this compelling collection of prose and poetry, thirty-one writers foreground the lives of women often made invisible, both within and outside their own cultures.These writers - now living in Canada, the United States, India, Pakistan and Sri Lanka - confront us with passion and anger as they speak of racism, immigration, intolerance and sexuality. Writing from the particularities of their individual experience - of origin, caste, class, ableness, sexual orientation - they critically examine their own cultural traditions as well as their lives in their new homes. Aurat Durbar is a treasury of insights and revelations bound to surprise and entice the reader.

Fauzia Rafique is a South Asian Canadian writer of fiction and poetry. Her English and Punjabi writings have been published in Canada, Pakistan, and on the Web. Print titles include novel 'Skeena' (Punjabi, Lahore 2007) and anthology 'Aurat Durbar' (English, Toronto 1995).A selection of her English and Punjabi poetry 'Passion-Fruit/Tahnget-Phal' is due to come out in the summer of 2011 from Lahore.She is a blogger and a web designer, and maintains sites and blogs on violence against women, environment and Punjabi literature and art.Fauzia worked as a Screenwriter for Pakistan Television, and adapted the first novel of Fyodor Dostoevsky titled 'Poor Folk' (1846) in Punjabi as 'Apay Ranjha Hoi' (14 Episodes, 55 minutes each, PTV Lahore 1976), and Altaf Fatima's Urdu novel 'Dastak Na Do' (13 Episodes, 25 minutes each, PTV Lahore, 1975). She also wrote an original play on the profile of a Rag Picker (55 minutes, PTV Quetta, 1985).

Sunera Thobani was born in Buboka, Tanzania. She came to Canada in 1989. Thobani helped organize against to opening of sex selection clinics in British Columbia and was a founding member of SAWAN (South Asian Women's Network). She was elected president of the National Action Committee on the Status of Women (NAC), the largest feminist organization in Canada, in 1993. She is a single mother.

Sudharshana Coomarasamy has found writing an important outlet from the age of eleven or twelve. During the July 1983 racial riots in Sri Lanka, everything Coomarasamy's family owned was set ablaze, including all her poems. On leaving her country and seeking refuge elsewhere, for the first time she began to write in Tamil, her mother tongue. In 1988, she published a book of Tamil poems in Montreal. She is now working on a collection of English poems.

Maya Khankhoje was born in Mexico to an Indian father and Belgian mother and is the mother of two young women. She started writing in India, stopped for a few years while she raised a family in Mexico, and began writing again in Montreal, where she has been working as a simultaneous interpreter for a United Nations agency for the last sixteen years. She writes mainly in English, although she has published some work in Spanish and French. She has won a few awards for her fiction, poetry and rpsoe. She is involved with the peace movement and women's issues and loves travel, especially on environmental expeditions.

Shahnaz Stri was born in Bombay and came to Canada in 1976. She has written poetry from the age of ten. She was a contributor to A piece of My Heart (Sister Vision Press) and is working on a collection of poetry and prose.

Other titles by Fauzia Rafique

Other titles by Sunera Thobani

Coloniality and Racial (In)Justice in the University

Studies in the Making of Race and Nation in Canada