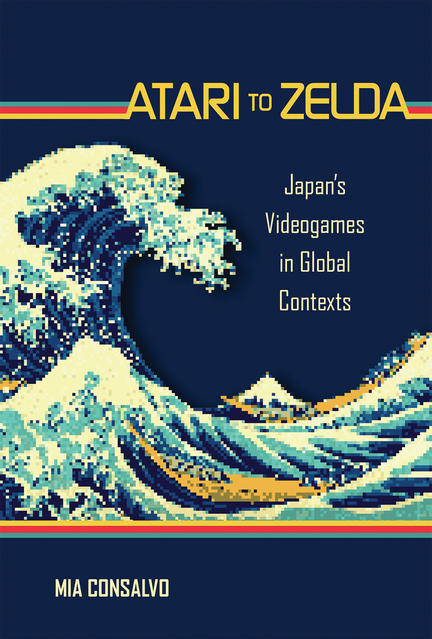 The cross-cultural interactions of Japanese videogames and the West, from DIY localization by fans to corporate strategies of “Japaneseness.”

In the early days of arcades and Nintendo, many players didn't recognize Japanese games as coming from Japan; they were simply new and interesting games to play. But since then, fans, media, and the games industry have thought further about the “Japaneseness” of particular games. Game developers try to decide whether a game's Japaneseness is a selling point or stumbling block; critics try to determine what elements in a game express its Japaneseness—cultural motifs or technical markers. Games were “localized,” subjected to sociocultural and technical tinkering. In this book, Mia Consalvo looks at what happens when Japanese games travel outside Japan, and how they are played, thought about, and transformed by individuals, companies, and groups in the West.

Consalvo begins with players, first exploring North American players' interest in Japanese games (and Japanese culture in general) and then investigating players' DIY localization of games, in the form of ROM hacking and fan translating. She analyzes several Japanese games released in North America and looks in detail at the Japanese game company Square Enix. She examines indie and corporate localization work, and the rise of the professional culture broker. Finally, she compares different approaches to Japaneseness in games sold in the West and considers how Japanese games have influenced Western games developers. Her account reveals surprising cross-cultural interactions between Japanese games and Western game developers and players, between Japaneseness and the market.

Mia Consalvo is Professor and Canada Research Chair in Game Studies and Design in the Department of Communication Studies at Concordia University in Montreal. She is the author of Cheating: Gaining Advantage in Video Games and Atari to Zelda: Japan's Videogames in Global Contexts, both published by the MIT Press.

Other titles by Mia Consalvo

What's Legitimate and What's Not in Contemporary Videogames