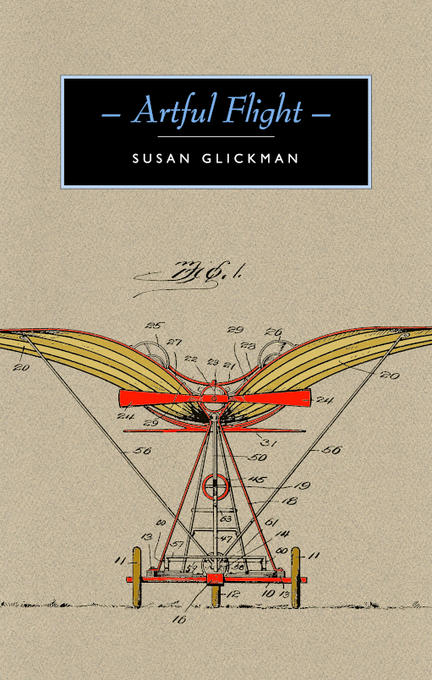 In Artful Flight, Susan Glickman dives into poetry and prose, music and visual art, in an effort to find the joy in creative work not as a path to the truth but as an end in itself.

Born to Canadians living in Baltimore, MD, Susan Glickman convinced her parents to move home to Montreal at the age of one and a half. But that initial sense of being from somewhere never left her. She has lived in England, the United States, and Greece and extensively travelled across Europe, Asia, and America before settling in Toronto. Glickman's love for travel is matched by her love for books. She has worked in bookstores, in publishing, and as an English professor at the University of Toronto. Known for her lithe, rich poetry and brilliant literary criticism, Susan Glickman is the author of five highly regarded poetry collections, including Running in Prospect Cemetery: New & Selected Poems. Her critical study, The Picturesque and the Sublime: Poetics of the Canadian Landscape, won both the Gabrielle Roy Prize and the Raymond Klibansky Prize. Susan Glickman has been described as one of the finest of Canadian authors. She is a confident, gifted writer whose poetry and fiction exemplify beauty, insight, and power.

In June of 2017, I began putting together a selection of my essays and reviews. Because I had blithely binned some of these pieces just three years prior-when I gave my musician son my office to turn into his music studio and moved myself into a smaller space, recycling 25 bags of paper in the process-I spent that summer sleuthing out lost work on the internet and at the library, retyping some essays and photocopying others. Eventually I had over 500 pages of prose, including teaching notes, online interviews, and letters written in answer to high school and university students' questions about my books.

Even I was surprised to discover how much fugitive prose I had written since the early 1980s, when I finished a doctorate on Shakespeare's dramaturgy and started teaching at the University of Toronto. I'd never published anything on my thesis topic, having recognized belatedly-when my first book of poetry came out in 1983 and the English Department insisted that 'it didn't count as a publication'-that I would have to establish expertise in a different area to find a job that rewarded creative work. So instead of seeking further employment as a Renaissance scholar I got a post-doctoral fellowship, which became The Picturesque and the Sublime: A Poetics of the Canadian Landscape (1998). During those years of study, I read and wrote about as much Canadian poetry as I could. Many of the critical pieces included here were written then.

After I dropped out of academia for a few years to have children, those doors swung shut behind me and I never got my 'career' back. But I had already got in the habit of writing essays and kept on doing so through six more volumes of poetry, four novels, and three children's books. Sometimes people invited me to write stuff; other times I needed to figure something out for myself by working it through on paper. The word 'essay', as first used by Michel de Montaigne, means 'an attempt', and that's what these are.

I am writing this introduction in July 2020, the summer of Covid-19. The only such summer, I hope, but we never know what the future holds. In the midst of a pandemic, this gathering of belle-lettres seems superfluous, but I keep reminding myself that the plague was raging in Paris in 1580, the year Montaigne's Essays were first published, and that Shakespeare just kept on writing whenever rampant infection closed the theatres in London, confident that they would eventually reopen. The example of these masters persuades me that there will again be a time when writing about poetry will not seem frivolous to everyone except poets.

Or maybe that time is actually now, when we are in suspended animation and the future and past swirl around us in a quantum rather than linear moment. An eerie quiet has fallen over my normally bustling neighbourhood. The weather is beautiful because the dwindling of the city's traffic has left the air fresh and the sky blue, day after day. Although essential workers never left their jobs, many other people have become unemployed or are struggling to work remotely. Children who lost their last three months of school are enduring a summer of limited activity, unable to play with each other. My life, however, is unchanged. Since I left the university in 1996, I have not had an office to go to; I have worked contract to contract, teaching creative writing, editing books, and taking art classes. What I once saw as insecurity I now recognize as freedom.

A contranym, perhaps? Read 'Let' and you will see what I mean.

Other titles by Susan Glickman

The Discovery of Flight

Bernadette to the Rescue

Bernadette in the Doghouse

Bernadette and the Lunch Bunch