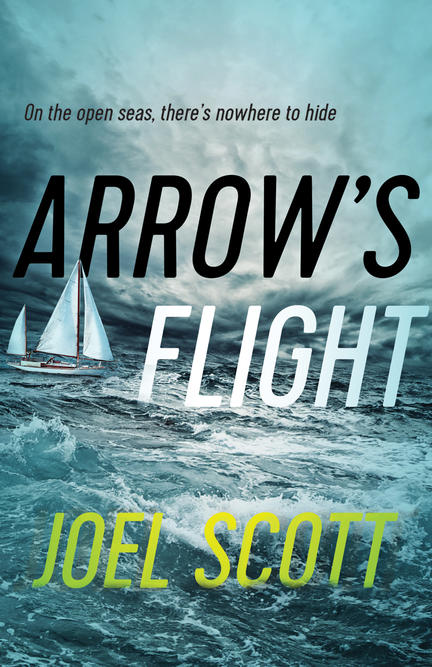 Crime and adventure on the high seas

Jared Kane is a West Coast commercial fisherman whose life has been plagued by bad luck and blackout drinking. When he inherits Arrow, an old 46-foot wooden sailboat, he sees a chance for redemption. With his friend from prison, Danny MacLean, Jared plans an offshore voyage, sailing from Vancouver down the Pacific Coast to California and out into the South Pacific.

But that bad luck rears its ugly head: Danny is attacked and left for dead, and when the unknown assailants attempt to finish the job, Jared is forced to flee aboard Arrow with Danny lying helpless in his berth, under the erratic care of his grandfather, a Haida elder who won’t speak English. On the search for safe haven with the would-be killers hot on their tail, Jared finds himself with no good choices but to run south — ill-prepared, poorly provisioned, and crewed by a silent old man and an injured friend strapped into his bunk.

Born and raised on the prairies, Joel Scott has traveled extensively and worked as a fisherman, a yacht broker, and a librarian — to name a few of his past professions. He is a two-time winner of the Cedric Literary Award. Joel is a lifelong sailor and circumnavigator who currently lives and sails out of Chemainus, British Columbia.

“Arrow’s Flight is a well-crafted and breathtaking crime novel. Author Joel Scott shows an in-depth knowledge of sailing along with a gift for storytelling. He gives the reader characters to care about as he takes them on the high seas on this fast-paced life-and-death adventure that will keep the pages turning right to the very end.” – Dietrich Kalteis, author of Zero Avenue

“Arrow’s Flight is a well-crafted crime novel that takes readers out to sea . . . This novel is a sailor’s delight.”— Owen Sound Sun Times

Other titles by Joel Scott