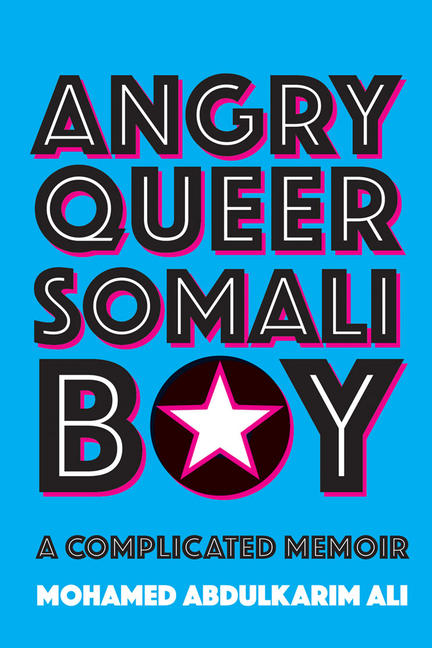 Kidnapped by his father on the eve of Somalia’s societal implosion, Mohamed Ali was taken first to the Netherlands by his stepmother, and then later on to Canada. Unmoored from his birth family and caught between twin alienating forces of Somali tradition and Western culture, Mohamed must forge his own queer coming of age.

What follows in this fierce and unrelenting account is a story of one young man’s nascent sexuality fused with the violence wrought by displacement.

“A stunning memoir that will resonate with every queer person who has been through the fire.” —Diriye Osman, author of Fairytales for Lost Children

“Both tragic and healing, Angry Queer Somali Boy offers resplendent writing that intimately grapples with placelessness, identity, and belonging, in all its forms.” —Huda Hassan, writer and researcher

Mohamed Abdulkarim Ali was born in Mogadishu, Somalia, and lived in the United Arab Emirates and the Netherlands before immigrating to Canada as a teenager. He currently lives in Toronto. This is his first book.