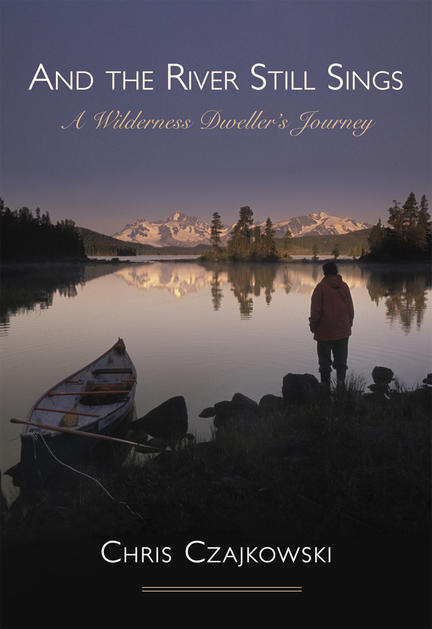 How does one go from English villager to wilderness dweller?

Chris Czajkowski was born and raised at the edge of a large village in England, until she abandoned the company of others to roam the countryside in search of the natural world. As a young adult she studied dairy farming and travelled to Uganda to teach at a farm school. Returning to England she found nothing to hold her interest, so in 1971 she hitchhiked around the world spending as little time as possible in cities. Her travels took her to remote areas, where she learned mountain skills and discovered the wonderful joy of solitude.

Arriving in Canada in 1979, Chris travelled to the West Chilcotin and built a cabin deep in the woods of British Columbia’s Coast Mountains. A few years later she built her second cabin beside an untouched and remote high-altitude lake. She called her new home Nuk Tessli and lived there for twenty-three years, turning her paradise into a thriving wilderness resort and guiding business.

In 1980, Chris began writing about her adventures. Encouraged by her supporter Peter Gzowski, she published Cabin at Singing River, which became a national sensation and led to more books about living in BC’s beautiful wilderness. In 2012, after many happy years of living alone in the bush, Chris sold Nuk Tessli, closing a significant chapter of her life.

And the River Still Sings goes beyond the tales with which we are so familiar, exploring both the experiences that led Chris to a solitary lifestyle and her transition to a life closer to the grid. Chris’s “retirement home” has easier access to a road and neighbours although she still lives beyond the end of the power line. Her new book is a personal and honest insight into the “Wilderness Dweller.”

Chris Czajkowski was born and raised in the north of England. She lived and worked in Uganda, New Zealand, the South Pacific and South America before settling in the remote reaches of British Columbia's Coast Range mountains, 480 kilometres north of Vancouver, where she created the Nuk Tessli Alpine Experience, an ecotourism business catering to hikers and naturalists. She has written ten books about her nearly thirty years of wilderness living, including Snowshoes and Spotted Dick: Letters from a Wilderness Dweller, A Mountain Year: Nature Diary of a Wilderness Dweller, A Wilderness Dweller's Cookbook: The Best Bread in the World and Other Recipes and most recently, Ginty's Ghost: A Wilderness Dweller's Dream.

Other titles by Chris Czajkowski

Memoirs of a Wilderness Dog

The Best Bread in the World and Other Recipes

Nature Diary of a Wilderness Dweller

One Woman's Story of Building a Home in the Wilderness

Wildfire in the Wilderness

Diary of a Wilderness Dweller

Letters from a Wilderness Dweller