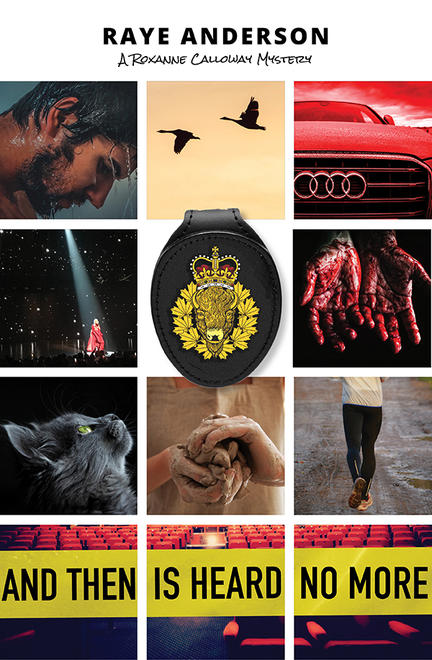 Opening night of the season at Winnipeg’s Prairie Theatre Centre is a glittering event on the city's arts calendar, and this October, there is real drama happening offstage. Gerald Blaise, the company's well-loved Artistic Director has failed to show up. Gerald's car is found the following day, north of the city, when a couple of dogs take a keen interest in the bloody contents of the trunk. Since Gerald's remains have been discovered outside the city limits, Sergeant Roxanne Calloway of the RCMP finds herself investigating the death.

PTC's next play up is to be Shakespeare's Macbeth, an unlucky play according to theatrical tradition. That rings true, for the staff, cast and crew as well as Roxanne. When a second body is found, this time in a city park, Roxanne finds herself having to work alongside the cynical Detective Sergeant Cooper Jenkins of the Winnipeg's Police Services.

Theatre is a different world with its own jargon, where fact and fiction merge, lies are delivered as truth, and where people with active imaginations conjure up convincing stories. Who is Roxanne supposed to believe.

Raye Anderson was born on the East Coast of Scotland and studied Drama in Edinburgh. She has iived in the Scottish Borders and also on the Hebridean Isle of Tiree. In Canada, her adoptive home, Raye has worked as a playwright, drama teacher, arts educator and theatre school director, primarily at the Prairie Theatre Exchange in Winnipeg but also in Ottawa and Calgary. She also taught at the University of Manitoba. Raye now lives with two dogs in the beautiful Manitoba Interlake. She draws, paints and writes crime fiction. Drama and visual art animate her stories. She likes to create action driven narratives and uses words to conjure up pictures of the landscape around her, the scene of The Dead of Winter, her first novel and the first of a series featuring Roxanne Calloway of the RCMP. Raye has two daughters and a granddaughter who has inherited her grandmother’s love of Drama.

Other titles by Raye Anderson

Down Came the Rain

And We Shall Have Snow