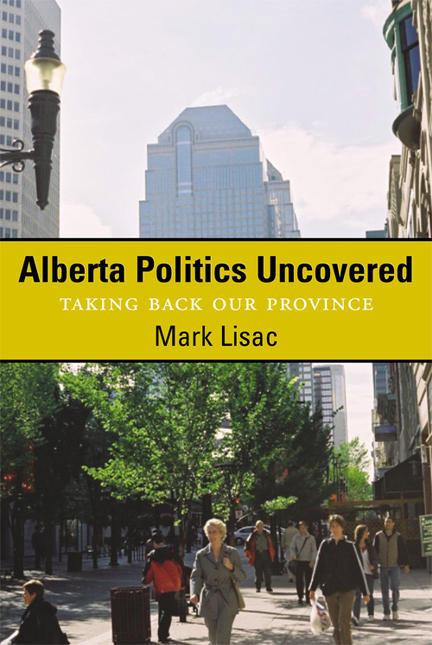 In Alberta Politics Uncovered Mark Lisac delivers a clear message that Albertans must stop believing in money and the myth of western alienation and start believing in balanced leadership. In this concise and highly readable explanation of Albertas government policies, Lisac examines the &quotbalanced budget,&quot and other current issues, and reminds Alberta voters that we all have the responsibility to hold our government accountable.

Mark is a writer living in Edmonton, Alberta. Originally from Hamilton, Ontario, he began working as a journalist in Regina in 1973, moved to Edmonton in 1978 to join The Canadian Press as a reporter-editor, became provincial affairs columnist at the Edmonton Journal in 1987, and was publisher and editor of an independent political newsletter from 2005 to 2013. He has since been a freelance editor and written novels, the first being Where the Bodies Lie, which was shortlisted for the 2017 Crime Writers of Canada Arthur Ellis Award for best first novel. He edited a collection of speeches by former Alberta lieutenant-governor Lois Hole, titled Lois Hole Speaks, and wrote two books about Alberta politics, The Klein Revolution and Alberta Politics Uncovered, the latter winning the Writers Guild of Alberta Wilfred Eggleston Award for Nonfiction in 2005. He enjoys the work of many authors, including David Adams Richards; his favourite authors of mysteries/thrillers include Ross Macdonald, K.C. Constantine, Nicolas Freeling, Dorothy Sayers, and Josephine Tey.

Other titles by Mark Lisac

Where the Bodies Lie