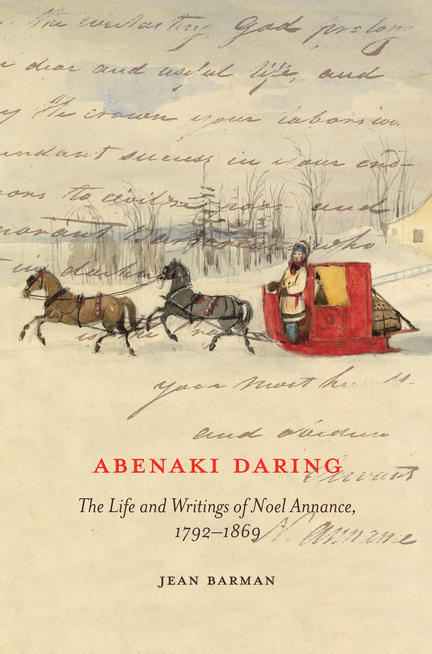 An Abenaki born in St Francis, Quebec, Noel Annance (1792–1869), by virtue of two of his great-grandparents having been early white captives, attended Dartmouth College in New Hampshire. Determined to apply his privileged education, he was caught between two ways of being, neither of which accepted him among their numbers.

Despite outstanding service as an officer in the War of 1812, Annance was too Indigenous to be allowed to succeed in the far west fur trade, and too schooled in outsiders’ ways to be accepted by those in charge on returning home. Annance did not crumple, but all his life dared the promise of literacy on his own behalf and on that of Indigenous peoples more generally. His doing so is tracked through his writings to government officials and others, some of which are reproduced in this volume. Annance’s life makes visible how the exclusionary policies towards Indigenous peoples, generally considered to have originated with the Indian Act of 1876, were being put in place upwards to half a century earlier.

On account of his literacy, Annance’s story can be told. Recounting a life marked equally by success and failure, and by perseverance, Abenaki Daring speaks to similar barriers that to this day impede many educated Indigenous persons from realizing their life goals. To dare is no less essential than it was for Noel Annance.

Iroquois in the West