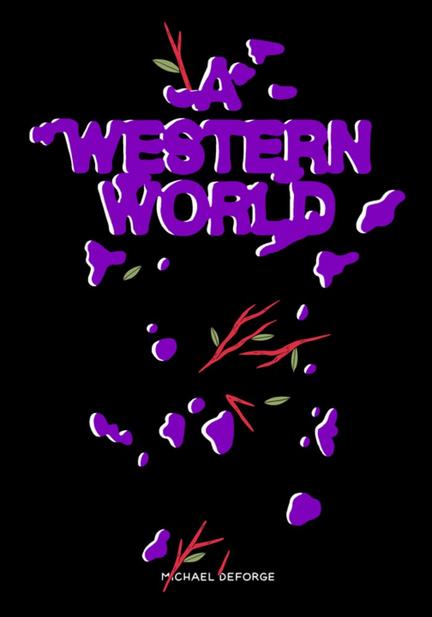 Short, succinct and, more often than not, strange stories have always been a central part of Michael DeForge's oeuvre. In a career that's volume outweighs its years, DeForge's most powerful work has often been his most pithy.

Michael DeForge currently lives and works in Toronto as a cartoonist, commercial illustrator and designer for the hit Cartoon Network programAdventure Time. His one-person anthology seriesLose has received great critical and commercial success, having been nominated for every major comics award including the Ignatz and Eisner Awards.

"Michael DeForge is one of the industry's most exciting cartoonists, largely because he puts out a huge amount of work that consistently pushes boundaries." — Oliver Sava,A.V. Club

"Count DeForge among that class of literary trickster—Donald Barthelme or, heck, why not Kafka—whose bizarre, melancholic fancies map onto amorphous modern anxieties in ways that realist fiction could never imagine." — Sean Rogers,The Globe and Mail

"Everything and everyone in his [DeForge's] drawings is dripping, bubbling and developing unsightly growths. He warps and dents the assured, geometrical forms of vintage newspaper strips and new wave-era graphics into oddly adorable horrors; his stories are prone to whiplash formal shifts." — Douglas Wolk,The New York Times

“DeForge has been a darling of the comics community, and, while esoteric, this volume is a showcase of his sui generis talent.” —Publishers Weekly

“For converts, the appeal here may be in the details, the minor changes, in addition to what concerns of theirs they find reflected. For newer readers, the book makes a fine introduction to a cartoonist who expertly blends form and subject.” — Greg Hunter,The Comics Journal

“I suspect all but the most ardent and on-point DeForge fans, especially given the spotty availability and small print runs of much of his periodical output, there were probably about half the tales in this collection which I hadn’t read before. So, even if you have some of this material already, the collection is still very much worth picking up.” — JR,Page 45