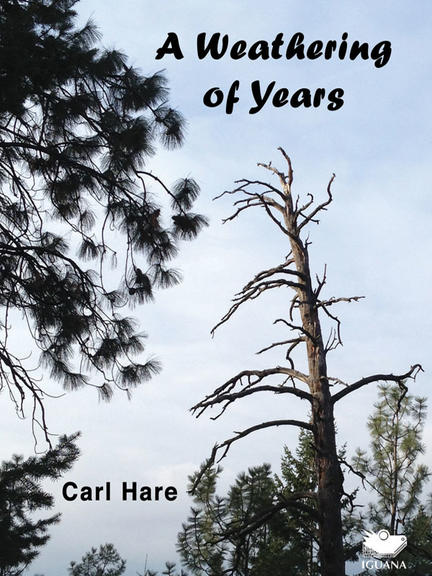 And then leaf-fallen times can be defined;

And then the old, snow-fallen thoughts await.

These poems explore our ages by the season:

Of birth, birthdays and of deaths; old Ibsens,

Restless in their solace; backyard elegy;

And more beside, all etched in shifting verse.

Carl Hare in his long career has been a professor, actor, director, playwright, and poet. From the University of Alberta he won the Rutherford Gold Medal in English and later received an MA; he also has a Diploma in Acting from the Royal Academy of Dramatic Art in London. He founded the University of Victoria's Theatre Department, was the Artistic Director of Company One Theatre, taught at the National Theatre School in Montreal, and was Chairman of the Drama Department at the University of Alberta. For the Canada Council he was the first Chair of the BC/Yukon Division of the Explorations Program. He served on the Board of the Dominion Drama Festival, and was a BC member of the Canadian Conference of the Arts and one of the founders of the National Screen Institute - Canada. In 2012 he won the Sterling Award for Outstanding Contribution to Theatre in Edmonton. His most recent work includes performances of his play The Eagle and the Tiger and his adaptation of Ibsen's John Gabriel Borkman; the setting of six of his children's poems to music by Canadian composer Malcolm Forsyth; a commissioned poem for Forsyth's A Ballad of Canada, performed by the National Arts Centre Orchestra; and A Weathering of Years, a collection of poetry published in 2015.

Other titles by Carl Hare

On the River of Time