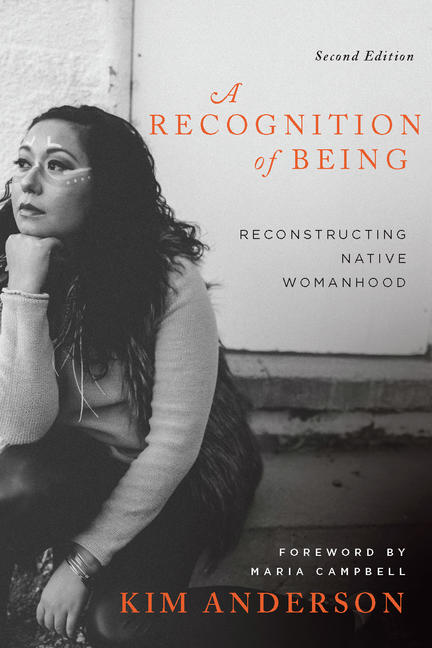 Over 15 years ago, Kim Anderson set out to explore how Indigenous womanhood had been constructed and reconstructed in Canada, weaving her own journey as a Cree/Métis woman with the insights, knowledge, and stories of the forty Indigenous women she interviewed. The result was A Recognition of Being, a powerful work that identified both the painful legacy of colonialism and the vital potential of self-definition.In this second edition, Anderson revisits her groundbreaking text to include recent literature on Indigenous feminism and two-spirited theory and to document the efforts of Indigenous women to resist heteropatriarchy. Beginning with a look at the positions of women in traditional Indigenous societies and their status after colonization, this text shows how Indigenous women have since resisted imposed roles, reclaimed their traditions, and reconstructed a powerful Native womanhood.Featuring a new foreword by Maria Campbell and an updated closing dialogue with Bonita Lawrence, this revised edition will be a vital text for courses in women and gender studies and Indigenous studies as well as an important resource for anyone committed to the process of decolonization.

Kim Anderson is an Associate Professor in the Department of Indigenous Studies at Wilfrid Laurier University. She has published over thirty book chapters and journal articles and is also the principal investigator for two SSHRC research projects: Bidwewidam Indigenous Masculinities (2011-2014) and Indigenous Knowledge Translation in Urban Aboriginal Settings (2014-2017). Anderson is a long-standing advocate for Indigenous women and families and is regularly involved in community-based research and teaching in this area.

"This is a groundbreaking contribution to Indigenous studies at the crossroads of interdisciplinary feminist theory and methods built on community-based voice, experience, and power. Foregrounding conceptual frameworks of Indigenous feminist consciousness founded in acts of resistance, reclaiming, constructing, acting, and reflecting, Kim Anderson’s book opens up paths of healing and resurgence against threats to Indigenous ways of being."— “Margo Tamez, MFA, PhD, Indigenous Studies / Community, Culture and Global Studies, University of British Columbia

"In this second edition, Kim Anderson beautifully weaves the stories of Indigenous women from the traditional teachings of our ancestors to the brutality of colonial ideologies designed to shame and disempower Indigenous women and their family units. A skilled storyteller herself, Kim Anderson’s narrative reveals how the teachings of our ancestors can help this generation emerge from the genocidal acts of the colonizers, with hope for the future. Told with truth, love, and respect, Kim’s work is a form of knowledge transmission and establishes for us the foundations of reconciliation: education, our history, and our strengths as Indigenous peoples."— “Katsi'tsakwas Ellen Gabriel, Indigenous Human Rights and Environmental Activist, Kanien'kehá:ka Nation, Turtle Clan

Other titles by Kim Anderson

Injichaag: My Soul in Story

Anishinaabe Poetics in Art and Words

Mothers of the Nations

A Recognition of Being