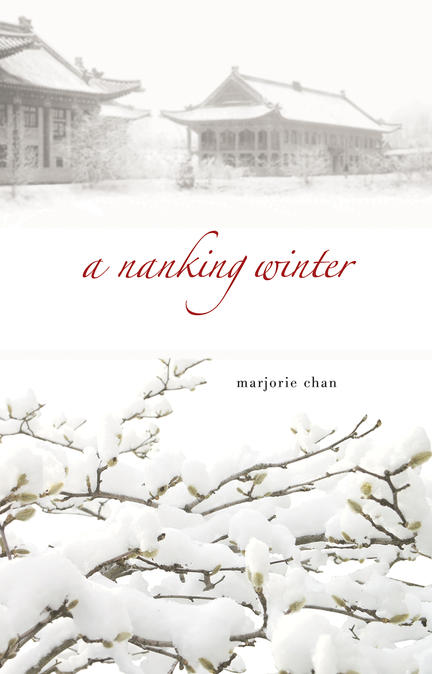 Marjorie Chan's gripping narrative intertwines the past and the present, transporting the reader between Irene and a small group of unlikely heroes caught in the invasion. Scrambling to create a refuge from the horror, the band's struggle to survive binds them in a promise that will span the ages of time, while Irene struggles to reveal the truth despite her publisher's conservative worries. a nanking winter brings the horror and endurance of a nation's history into stark focus with breathtaking clarity and brutal honesty.

Marjorie Chan was born in Toronto to Hong Kong immigrants who arrived in the late ’60s. As a theatre and opera artist, she works variously as a writer, director, and dramaturge, as well as in the intersection of these forms and roles. Her work has been seen and performed in the United States, Scotland, Hong Kong, Russia, and across Canada. Her full-length works as a playwright include the plays The Madness of the Square, a nanking winter, Tails From the City, as well as libretti for the operas Sanctuary Song, The Lesson of Da Ji, M’dea Undone, and, most recently, The Monkiest King. Some of the companies Marjorie has directed for include Gateway Theatre, Cahoots Theatre, Native Earth Performing Arts, Theatre Passe Muraille, Obsidian Theatre, and Theatre du Pif (Hong Kong). Marjorie has been nominated for nine Dora Mavor Moore Awards and won four. She has also received the K.M. Hunter Artist Award in Theatre, the My Entertainment World Award for Best New Work, a Harold Award, as well as the George Luscombe Mentorship Award. Other notable nominations include the John Hirsch Director’s Award, the Governor General’s Literary Award for her playwriting debut, China Doll, and the Canadian Citizen Award for her work with Crossing Gibraltar, Cahoots Theatre’s program for newcomers. She is also Artistic Director of Theatre Passe Muraille in Toronto.

Other titles by Marjorie Chan

A Collection of Contemporary Asian-Canadian Drama