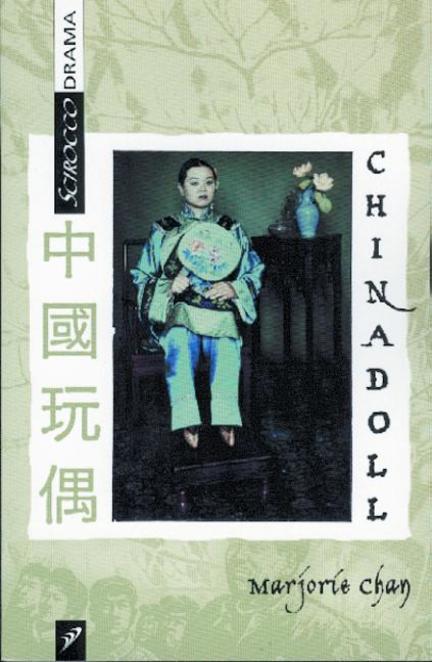 At the beginning of the 20th century in China, copies of Ibsen's A Doll House began circulating secretly amongst women in tea-houses. In China Doll, Marjorie Chan's first play, Ibsen is a catalyst for a young woman who comes to see her future in terms other than those laid out for her by the patriarchal society in which she lives. Su-Ling, an open-minded and intelligent young woman in Shanghai, has her feet bound by her grandmother, Poa-Poa. Despite the pain and the crippling effects, custom decrees that the smaller and daintier the foot, the more marriageable the woman. (The most desirable, "lotus feetâ" fit into lotus shoes only 3-4 inches long.) Poa-Poa has high hopes that her granddaughter will marry well and bring prosperity to them both. Then Su-Ling meets the merchant Li, who enlarges her world by teaching her to read. As Su-Ling grows into womanhood, she makes choices that lead her toward independence, and which have consequences for everyone in her world.

Marjorie Chan was born in Toronto to Hong Kong immigrants who arrived in the late ’60s. As a theatre and opera artist, she works variously as a writer, director, and dramaturge, as well as in the intersection of these forms and roles. Her work has been seen and performed in the United States, Scotland, Hong Kong, Russia, and across Canada. Her full-length works as a playwright include the plays The Madness of the Square, a nanking winter, Tails From the City, as well as libretti for the operas Sanctuary Song, The Lesson of Da Ji, M’dea Undone, and, most recently, The Monkiest King. Some of the companies Marjorie has directed for include Gateway Theatre, Cahoots Theatre, Native Earth Performing Arts, Theatre Passe Muraille, Obsidian Theatre, and Theatre du Pif (Hong Kong). Marjorie has been nominated for nine Dora Mavor Moore Awards and won four. She has also received the K.M. Hunter Artist Award in Theatre, the My Entertainment World Award for Best New Work, a Harold Award, as well as the George Luscombe Mentorship Award. Other notable nominations include the John Hirsch Director’s Award, the Governor General’s Literary Award for her playwriting debut, China Doll, and the Canadian Citizen Award for her work with Crossing Gibraltar, Cahoots Theatre’s program for newcomers. She is also Artistic Director of Theatre Passe Muraille in Toronto.

Other titles by Marjorie Chan

A Collection of Contemporary Asian-Canadian Drama