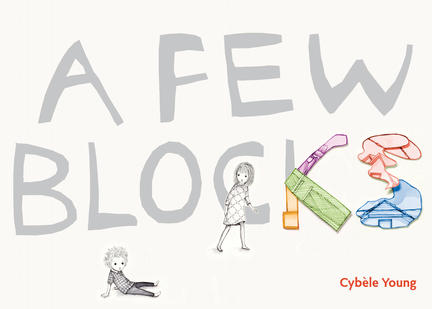 "It was time for Ferdie and Viola to go to school. But Ferdie had eleven cars to wash, the highest tower ever to build and a snake drawing that wasn't done . . ."

Ferdie doesn't want to go to school, but go to school he must, and fortunately his imaginative older sister Viola paves the way. She tells him to put on his superfast cape and his rocket blaster boots and then off they go! Time and again Viola uses her rich imagination to keep Ferdie on his way. But even big sisters get tired sometimes, and so Ferdie, following her example, draws on his own inner resources andimagination to keep them going.

Told through the eyes of a child, this ordinary event is transformed into a wonderful adventure. The children's fantasy world is beautifully illustrated with Cybele Young's intricate 3-D paper sculptures, created from paintings she made of contemporary street scenes.

Beautifully illustrated with distinctive etched-paper collages, this is the rare story in which siblings offer mutual support rather than ripping each other to psychological bits...celebrates creative play and sibling cooperation in a way that feels very real.

Young’s latest attempts to be many things—a foray into a child’s imagination, a touching tale of siblings and a stage for the author’s elaborate paper sculptures—and it succeeds masterfully in doing all three...David Wiesner fans should give this a try...Amazing.

Many picture books are built on the foundation of children's boundless imagination, and in her first solo effort, illustrator [Young] handles the theme with exceptional grace.

Young’s story is inventive and very readable . . .The joy of imagination is clear throughout the book . . .The illustrations are exceptional.

In A Few Blocks, Young transforms an ordinary event into an epic adventure. Recommended.

A rather ordinary event is visually transformed with the aid of amazing 3-D cut paper illustrations...

...ingeniously constructed in collage and watercolours...

In A Few Blocks she (Young) refreshingly shows the special bond that exists between siblings.

The Cath in the Hat

Other titles by Cybele Young