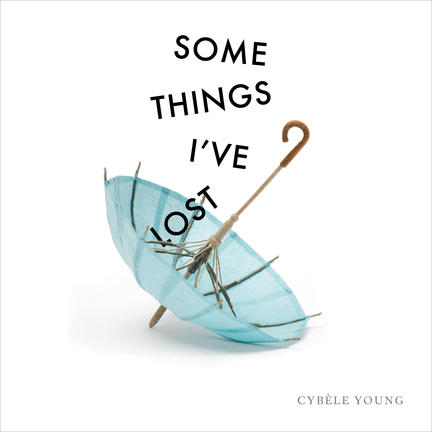 A wallet, a set of keys, a pair of glasses — these are some of the household objects that disappear and are fantastically reconstituted in Cybèle Young’s inventive new picture book. Minimal text conveys the magic of a world where even inanimate objects are constantly undergoing a process of growth, transformation and change.

An introduction describing the frustration we feel when we lose something is followed by a catalogue of misplaced objects. Each item is shown first in its original form and then, through a gatefold spread, is shown in the process of transforming into a marvelous and mysterious sea creature. At the very end of the book, we see these transformed objects in their new, watery habitat, a conclusion which will leave readers astonished by the distance they — like the lost objects themselves — have travelled.

Some Things I’ve Lost invites readers to consider the inevitability of change and the power of the imagination. On finishing the book, children and adults alike will look more closely at everything they have previously taken for granted.

A phenomenal exercise in visual storytelling.

The nature of art, the nature of transformation, and where all those lost items go are spun into the gold of philosophy and puckishness. . . . Universally mesmerizing.

Page after page Young takes something small and ordinary and transforms it, expanding the possibilities of the everyday.

Humorous, haunting, and just a touch creepy, it’s a singular vision of the possibilities hidden in the everyday.

In a perfect world, all children would be exposed to beautiful bookmaking like this.

Other titles by Cybèle Young

Great books involving "how to" text, and also pictures and symbols showing steps in a procedure.