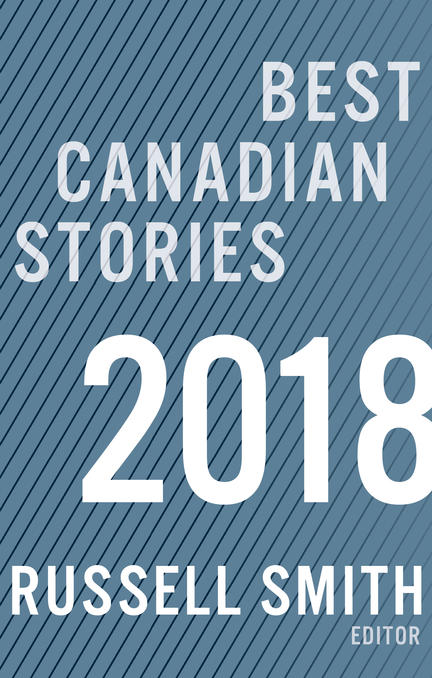 Now in its 48th year, Best Canadian Stories has long championed the short story form and highlighted the work of many writers who have gone on to shape the Canadian literary canon. Caroline Adderson, Margaret Atwood, Clark Blaise, Tamas Dobozy, Mavis Gallant, Douglas Glover, Norman Levine, Rohinton Mistry, Alice Munro, Leon Rooke, Diane Schoemperlen, Kathleen Winter, and many others have appeared in its pages over the decades, making Best Canadian Stories the go-to source for what’s new in Canadian fiction writing for close to five decades. Selected by guest editor Russell Smith, the 2018 edition draws together both newer and established writers to shape an engaging and luminous mosaic of writing in this country today—a continuation of not only a series, but a legacy in Canadian letters.

"Best Canadian Stories 2018 combines both emerging and established voices for a fascinating glimpse at the most exciting short fiction coming out of this country." —Open Book

“The arrival, late in the fall each year, of [this] collection is always cause for fanfare.” —Quill & Quire

“The legacy of this series is massive… a literary institution.” —Ottawa Citizen

“A poisonously funny portrait of the so-hip-it-hurts fashion, food, and bar scene.” —Maclean’s

“Smith, a long-time Globe and Mail columnist, is a gifted anthropologist of the urbane. Those gifts are on full display throughout Confidence.” —The Globe and Mail