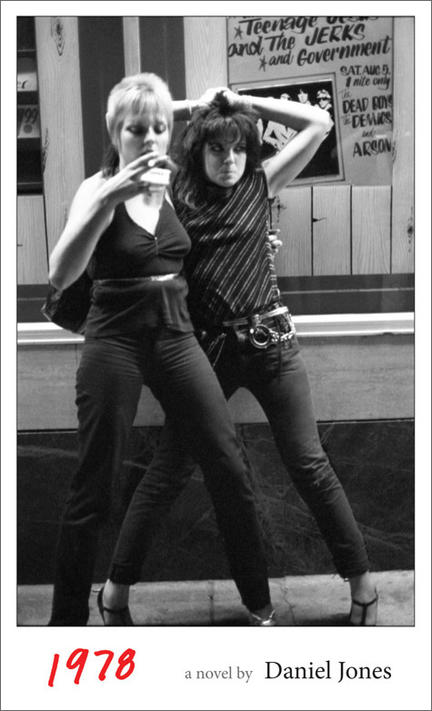 In this violent, raw, and often beautiful novel, Daniel Jones captures the long-vanished Toronto where a broke teen punk could buy a beer with a two-dollar bill. Soo, Kid, Jacky, and Boy are damaged and self-destructive, losing whole days to cheap booze and pills, accidental blackouts and hospital stays. They badly want to emulate local punk idols like the Viletones and Teenage Head, but can't hold it together long enough to learn an entire song. 1978 is Jones' uncompromising literary take on the frantic energy and bleak extremes of the early Toronto punk scene, but it's also the story of a group of messed-up kids in a squalid apartment, desperately looking underneath all the attitude and filth for something real.

Daniel Jones was born in Hamilton, Ontario, in 1959, and lived in Toronto from 1977 until his tragic suicide in 1994. His books include a collection of poetry, The Brave Never Write Poetry (Coach House), a novel, Obsessions (Mercury), and a collection of short stories, The People One Knows (Mercury). A former contributing editor to WHAT!, Piranha, and Border/Lines, Jones also edited and, with his wife, Robyn Gillam, co-published Streetcar Editions.

Liz Worth is a Toronto-based author. Her first book, Treat Me Like Dirt: An Oral History of Punk in Toronto and Beyond, was the first to give an in-depth account of Toronto's early punk scene. She has also released a poetry collection called Amphetamine Heart and a novel called PostApoc. You can reach her at www.lizworth.com, on Facebook (www.facebook.com/lizworthbooks) and on Twitter @LizWorthXO.

Other titles by Daniel Jones

Other titles by Liz Worth

The Truth Is Told Better This Way

Other titles by Kevin Connolly