"Beautifully written...a riveting account of how melodies and rhythms connect us, and help us deal with alienation and anxiety."—Dr. Bessel van der Kolk, author of The Body Keeps the Score

In Wired for Music, a captivating blend of science and memoir, health journalist and former cellist Adriana Barton explores music as a source of health, resilience, connection, and joy, and in the following list, she recommends great complementary reads.

We've also got copies up for giveaway right now.

Lost in the Valley of Death: A Story of Obsession and Danger in the Himalayas, by Harley Rustad

Part magical mystery tour, part hero’s journey gone wrong, this paragon of narrative nonfiction looks at spiritual seeking in Southeast Asia—and what can happen when you take it too far. My yogi-mathematician father embarked on a similar journey in the late 1960s, before his death from cancer at 29. Lost gave me insight into the father I never knew, as well as the wanderlust that has propelled my own musical travels.

In this nimble collection of essays, Olding chooses well-known books and poems as starting points for sparkling observations about human nature and the sensory experience of reading. I loved how she pirouettes between key moments in Anna Karenina and reflections on her own relationships. Choreography on the page.

Long before Orange Shirt Day and Idle No More, Saskatchewan-born singer Buffy Sainte-Marie decried the genocide against Indigenous people in her 1960s protest anthem “Now That the Buffalo’s Gone.” A self-taught musician, she became the first Indigenous person to win an Oscar—for the 1982 song “Up Where We Belong.” (If some passages tilt towards hagiography, who can blame Warner?) Thumb-ups for this candid portrait of a trailblazing woman’s profound relationship with rhythm and song.

The Wayfinders: Why Ancient Wisdom Matters in the Modern World, by Wade Davis

“Other cultures are not failed attempts at being you; they are unique manifestations of the human spirit.” Passionate and heartbreaking, this globetrotting book describes 3,500 languages on the brink of extinction—and with them, alternate ways of interpreting reality. Wayfinders helped me articulate my discomfort with the dominance of the Western harmonic system in a world brimming with musicals cultures, each ingenious in their own right.

Nerve: A Personal Journey Through the Science of Fear, by Eva Holland

After her move from Ontario to the Yukon, Holland’s fear of heights becomes an impediment. Adventures with new friends force her to confront her phobia, along with her PTSD from multiple car accidents. Could new treatments help her conquer her fears? I read Nerve during my survey of books that blend science and memoir, a popular genre filled with pitfalls for writers. Holland’s is a page-turner.

Bad Singer: The Surprising Science of Tone Deafness and How We Hear Music, by Tim Falconer

After a battery of tests proves he is “tone deaf” (technically, amusia), Falconer poses an intriguing question: If his brain has such trouble distinguishing between pitches, how come he loves music so much? Interlacing the science of pitch perception with his quest to sing in tune, Bad Singer illustrates that even for the roughly 2 per cent of people with amusia, music can be a rewarding obsession.

Home Ice reminded me that the hard knocks I suffered in classical music have parallels in sports. Why do we treat kids this way? Aren’t there better ways to learn? Along with social commentary, Abdou offers a fly-on-the-wall glimpse into the life of a middle-class family with conflicting ambitions and needs. Her deft writing proves that personal passages needn’t chronicle rare or harrowing experiences to tell a good story.

We Are All Perfectly Fine: A Memoir of Love, Medicine and Healing, by Dr. Jillian Horton

A physician’s intimate account of burnout doubles as a broader look at the entrenched practices in medicine that chip away at healthcare workers’ humanity. Horton’s searingly honest discussion of perfectionism, medical error and her own search for equanimity gave me fresh understanding of the doctors I’ve met who seemed brusque and detached. Poignant, witty and beautifully crafted, this is memoir at its best.

Learn more about Wired for Music:

In this captivating blend of science and memoir, a health journalist and former cellist explores music as a source of health, resilience, connection, and joy.

Music isn't just background noise or a series of torturous exercises we remember from piano lessons. In the right doses, it can double as a mild antidepressant, painkiller, sleeping pill, memory aid—and enhance athletic performance while supporting healthy aging. Though music has been used as a healing strategy since ancient times, neuroscientists have only recently discovered how melody and rhythm stimulate core memory, motor, and emotion centers in the brain. But here's the catch: We can tune into music every day and still miss out on some of its potent effects.

Adriana Barton learned the hard way. Starting at age five, she studied the cello for nearly two decades, a pursuit that left her with physical injuries and emotional scars. In Wired for Music, she sets out to discover what music is really for, combing through medical studies, discoveries by pioneering neuroscientists, and research from biology and anthropology. Traveling from state-of-the-art science labs to a remote village in Zimbabwe, her investigation gets to the heart of music's profound effects on the human body and brain. Blending science and story, Wired for Music shows how our species' age-old connection to melody and rhythm is wired inside us.

New Science Books for Kids to Spark Curiosity and Exploration

Some of the most creative and imaginative writing for children is happening in science books. These books can show kids everything from the wonders of …

Thrillers That Will Leave You Thinking

The Chat with Benjamin Lefebvre

In the Key of Dale (Arsenal Pulp Press) introduces YA readers to a teenage music prodigy named Dale Cardigan, who navigates the adolescent terrain of love … 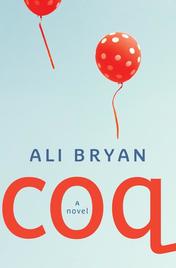 Most Anticipated: Our 2023 Spring Fiction Preview

Here are some of the books you're going to be loving best during the first half of 2023.