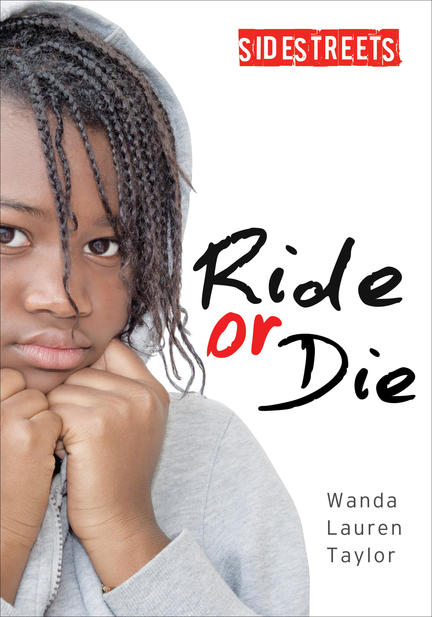 When 15-year-old Kanika falls for Danny, an older guy she has always had a crush on, she becomes his "ride or die chick". Soon after establishing that she will do anything for him, Danny sells her into the sex trade. Kanika is drugged and taken to Toronto where she finds her friend has also been a victim of the sex trafficking plot. With the help of an older sex worker, Kanika manages to survive and escape the people abusing her.

Based on true events, Ride or Die tells the story of how a young Black girl from a small town is lured into the sex trade by an older boy.

Wanda Taylor is a writer, filmmaker, educator, and interdisciplinary artist. Wanda is a former producer for CBC daytime television and was also the Nova Scotia manager for the 2011 Canada Games National Artist Program. She has won awards for her work in arts, culture, and journalism, and is the author of The Nova Scotia Home for Colored Children and Birchtown and the Black Loyalists, a non-fiction book for children. Wanda currently resides in Dartmouth, Nova Scotia, with her four children and baby granddaughter.

"In addition to the diverse protagonists, many secondary characters also bring diversity to the series."

"An important cautionary tale for young-adult readers and a solid option for reluctant readers looking for a realistic page-turner."

"Every young girl should read this."

"The writing is clear and maintains its page-turning pace, prompting the reader to continue...The sensitive subject is dealt with thoroughly, but at the same time, it is not overly graphic."

"The SideStreets Series is a great addition to the canon of Canadian YA literature. In Ride or Die, Taylor takes on the complicated and current story of young teen girls lured by recruiters into the sex trade."

Other titles by Wanda Taylor

The Hurt, the Hope and the Healing

Birchtown and the Black Loyalists