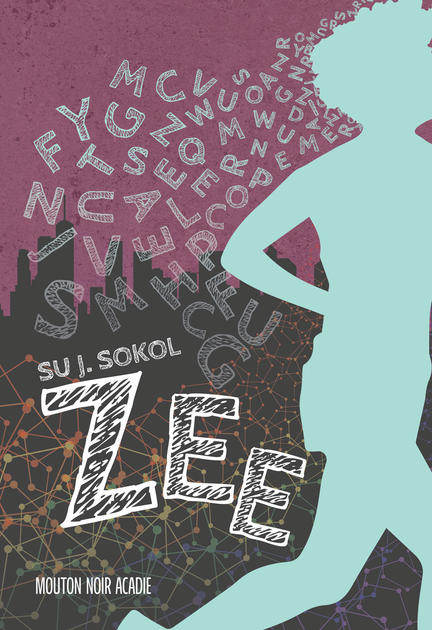 Ever since she was born, Zee's had a talent, a particular kind of intelligence. She perceives things no one else can. Zee is able to hear other people's thoughts, feel their emotions. She can even see herself through their eyes, and this seeing changes her. Sometimes, Zee is the precocious daughter of her four grown-ups. Other times, Zee's a rough boy from Brooklyn, New York, playing basketball and getting into trouble.

Her four grown-ups are worried. They test Zee's abilities, then try to hide them. Zee anticipates and thwarts their plans. Over time, Zee learns to fit into the moulds of society and people's expectations...but will losing sight of who she really is put her in even greater danger?

Su J Sokol is a social rights advocate and a writer of speculative and interstitial fiction. A former legal services lawyer from New York City, xe now makes Montréal xyr home. Sokol is the author of three novels: Cycling to Asylum, which was long-listed for the Sunburst Award for Excellence in Canadian Literature of the Fantastic and has been optioned for development into a feature-length film, Run J Run (Renaissance Press 2019!) and Zee (2020). Sokol's short fiction has appeared in various magazines and anthologies. When xe is not writing, battling slumlords, bringing evil bureaucracies to their knees, and smashing borders, Sokol curates and participates in readings and literary events in Canada and abroad.

Other titles by Su Sokol