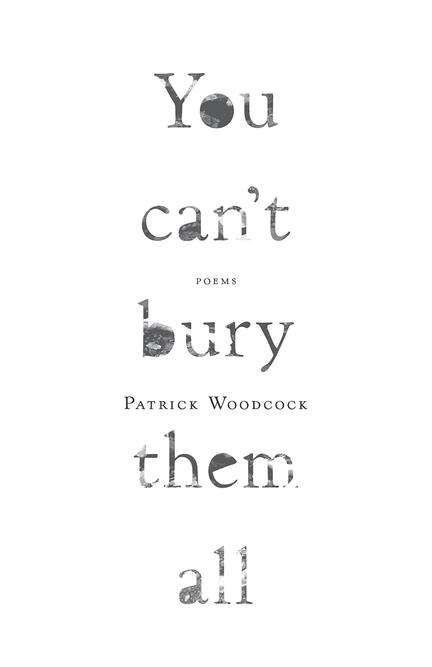 A poetry that is at once harrowing, angry, and achingly beautiful

Patrick Woodcock has spent the past seven years engaging with and being shaped by the people, politics, and landscapes of the Kurdish north of Iraq, Fort Good Hope in the Northwest Territories, and Azerbaijan. His powerful new collection offers a poetry that simultaneously explores hope and horror while documenting the transformative processes of coping. You can’t bury them all follows the narratives we construct to survive the tragic failures of our humanity to their very end: everything that’s buried by snow, dirt, and ash, just like everything that’s buried by politics, homophobia, sexism, racism, religion; and history is resurrected, demanding to be heard and addressed.

In Woodcock’s poetry, how we deal with what resurfaces is the key. What do those who suffer really mean to those who have abandoned them to small, conscience-soothing charitable donations or the occasional tweet? How can the poet, or anyone else, sleep at night knowing homosexuals are being thrown off building tops, after one steps into a hole and finds an abandoned corpse in an Azeri cemetery, or after the elders of an Aboriginal community are left helpless against those who only want to exploit them? Still, You can’t bury them all demonstrates that the world is not just the horrific place the media often portrays. In each of the worlds he touches, Woodcock discovers a spirit and strength to celebrate.

Patrick Woodcock is the author of nine books of poetry and countless reviews. His work has been translated and published in 14 languages. Woodcock has lived and worked in such diverse countries as Iceland, Poland, Russia, Bosnia and Herzegovina, Colombia, Oman, Saudi Arabia, the Kurdish north of Iraq, and most recently Azerbaijan. Within Canada he has travelled from the west to east coasts as well as volunteered for almost a year with the elders of Fort Good Hope, Northwest Territories, just 20 kilometres south of the Arctic Circle.

“Woodcock takes the reader on a journey of stark, uncomfortable and, at times, incomprehensible truths about conflict and the nature of humanity.” — Atlantic Books Today

“This collection will actually tear your heart apart even more than the election results did, before helping you put it back together again.” — Bustle

“From the first pages of You can’t bury them all, the writing hums with internal music . . . A wry humor chuckles like a thoughtful bassline throughout the book.” — Scene Magazine

“In spite of the suffering he records in his poems, many of the scenes Woodcock describes are so magically, touchingly beautiful that they force you to stop and breathe slowly, to become fully aware of the significance of what you’re seeing.” — The Voice Magazine

“The collection confronts the borders, races, religions and whatever else manages to isolate human from human while exploring and bringing into focus all that connects us . . . Sprinkled with historical, cultural and geographical references of the three countries, You Can’t Bury Them All triggers one’s curiosity by offering a myriad of powerful and profound images.” — Kurdistan24.net

“Woodcock is a traveler and, more importantly, an observer of other cultures. If a reader picks up any of these three sections, the third being Azerbaijan, he or she would be hard-pressed to realize that the author is not a life long resident of that region. It is difficult to capture one’s own culture in poetry but to capture three so perfectly is amazing . . . This is the magic that poetry hopes to obtain — To take the reader to a place and visit the historical and personal aspects of events, people, and culture and not realizing the poet is creating everything. A true virtual reality.” — Evil Cyclist Blog

“You can’t bury them all is as compassionate and sincere as it is perceptive, and Woodcock’s vision of a battered but undefeated human spirit in the midst of recurring misery does well to unearth the injustices to which he speaks.” — The Bull Calf

“Each poem stands on its own in Patrick Woodcock’s You can’t bury them all, but what’s perhaps most interesting is how they work together. . . His verses evoke a sort of in-the-moment understanding — you feel, as the reader, that you see exactly what he’s seeing and react to the scene in the same way he did.” — Up Here

Other titles by Patrick Woodcock

Always Die Before Your Mother