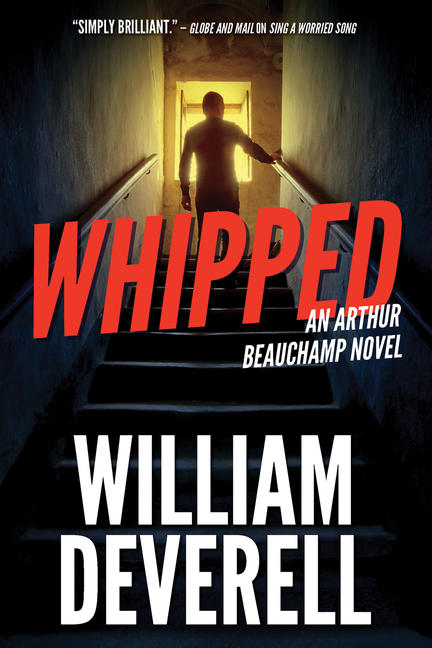 It’s the scoop of the century, but too hot a potato — if Lou breaks the story, he risks exposing himself to the mercies of the Mafia. Instead, he shows the video to Green Party leader Margaret Blake. The video is leaked, and Margaret is sued by the minister for $50 million.

Enter Arthur Beauchamp, Margaret’s husband and famed criminal lawyer, who had found — or so he hoped — blissful retirement on idyllic Garibaldi Island on the West Coast. But now he’s representing the woman he loves while tormented by fears that she’s embroiled in an affair.

Whether you’re encountering Arthur Beauchamp for the first time or have followed him from his first case, Whipped will entertain as it keeps you turning the pages.

William Deverell was a journalist for seven years and a trial lawyer for 25, as defender or prosecutor in more than a thousand criminal cases, including 30 murder trials. The author of over 20 novels, Deverell has won the $50,000 Seal First Novel Prize and the Book of the Year Award, the Dashiell Hammett Award for literary excellence in crime writing in North America, as well as two Arthur Ellis Awards for best Canadian crime novel. His work has been translated into 14 languages and sold worldwide. He lives on Pender Island, B.C.

“Whipped is vintage Deverell: sardonic yet humane, with a cast of complicated characters, seemingly effortless storytelling, and more than a touch of the absurd. Over twenty novels to his credit, and somehow he just keeps getting better.” — John MacLachlan Gray, award-winning author of The Fiend in Human and Billy Bishop Goes to War

“Whipped is a heady blend of sex, politics and blackmail with New Age group-grope, Russian perfidy and Mafia machinations — a tale that's fresh, original and funny, a totally delightful romp.” — Silver Donald Cameron, author of Warrior Lawyers and writer/narrator of the documentary film Green Rights: The Human Right to a Healthy World

“Always a delight to spend time in the company of the urbane, classically minded, and wittily conflicted Arthur Beauchamp. As a fellow resident of the Gulf Islands, I revel in Mr Deverell’s droll depiction of their weird and wonderful residents. As a political junkie, I love the skewering of those pompous politicians. Wrap it all up in terrific prose and a driving plot, you have the perfect antidote to a wet weekend.” — C. C. Humphreys, Arthur Ellis Award–winning author of Plague

The Dance of Shiva