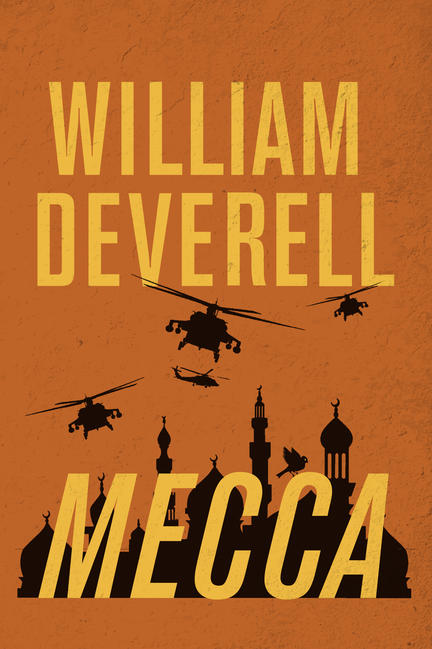 An extremist warlord is about to unleash the world’s deadliest shock troops. The Rotkommando — an army of expert terrorists, political fanatics, and psychotic killers — is armed with a failsafe masterplan. Codeword … Mecca.

Now the Rotkommando is poised on the brink of a crazed kamikaze mission to nuke Israel and ignite World War III. Only three people on Earth have the power to stop them: a burned-out poet with delusions of grandeur, a devout nymphomaniac with a taste for blood, and a desert guru who communes with camels.

From Montreal, New York, and Washington to Paris, Berlin, and Saudi Arabia, Mecca thunders at white-knuckle speed through the knife-edge worlds of espionage and terrorism, where violence is a way of life and time is always running out …