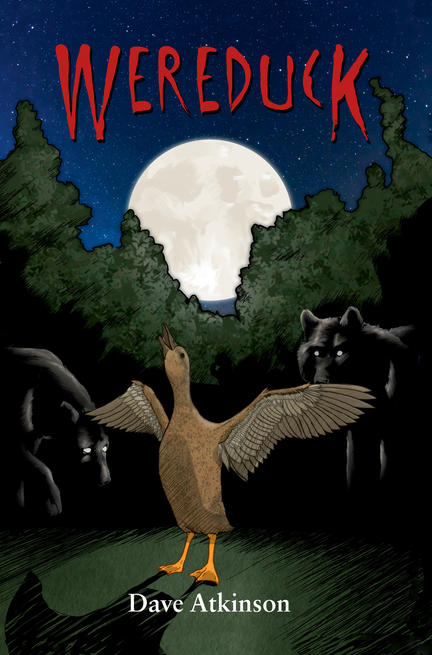 Kate’s family has told her that on her thirteenth birthday she’ll hear the “Whooooo” call of the moon, and howl back, and become a werewolf just like them. But she doesn’t want to be a werewolf. She’s always felt more like a duck.

On the night of her thirteenth birthday, Kate stands near her family’s cabin in the backwoods of New Brunswick and hears the moon calling—but it sounds like more of a “Whooooo?” as in “Who are you?” and Kate does what she’s always wanted to do—she quacks.Quack, quack, quacks.

Her family tries to understand Kate’s new full-moon form, but they are busy integrating themselves with some new, edgy werewolves in town.

Engaging, hilarious, and utterly believable, Wereduck is a thrilling addition to the were-canon.

Dave Atkinson is a children's author, journalist, and broadcaster. His first novel for middle-grade readers, Wereduck, was nominated for the 2016 Hackmatack Children's Choice Award.

Dave is a multiple award-winning journalist whose work for the CBC has appeared on The Current, Atlantic Voice, Tapestry, Maritime Magazine, and regional radio programs across the country. He and his wife are homeschooling their three kids in Charlottetown, Prince Edward Island.

Cure for Wereduck launched in the Fall of 2016 from Nimbus Publishing.

Other titles by Dave Atkinson

Book 3 of the Wereduck Series