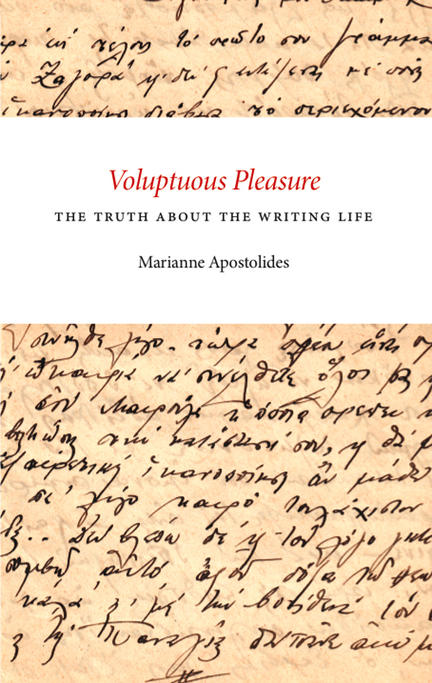 Voluptuous Pleasure is a collection of non-fiction whose title states that non-fiction does not exist. Sensuous and smart, ambiguous but incisive in their truths-these stories take you into brothels and bedrooms, kitchens and consciousness; they seduce you along the limits of non-fiction, making you question the veracity of anything you've ever read-or even experienced. Put your trust in the language itself: you can't trust reality, not anymore. If you've ever been confused about what "creative non-fiction' is, look no further: this book defines the genre.

The Lucky Child is:
"exquisitly written.... a vibrant, multilayerd, image-righ book." ï?? The Globe & Mail
"subtle in its execution, clear in its vision, with a narration that is both incisive and heartfelt.... Its unanswered questions, both real and imagined, will haunt long after its final page is turned." ï?? Tess Fragoulis

Acclaimed writer and critic Marianne Apostolides is the author of five books and one play. Her current writing explores the contact zone between genres – poetry vs. prose, fiction vs. non-fiction, creative vs. critical; it has appeared in The Walrus, Room, and Bookninja.com Magazine, among other publications. She is the recipient of the 2012 Chalmers Arts Fellowship; her book Voluptuous Pleasure was listed among the Top 100 Books of 2012 by Toronto’s Globe & Mail, and her book The Lucky Child was long-listed for the 2010 Relit Award. Marianne lives in Toronto with her two children.

Other titles by Marianne Apostolides

Books you darn well should have read by now