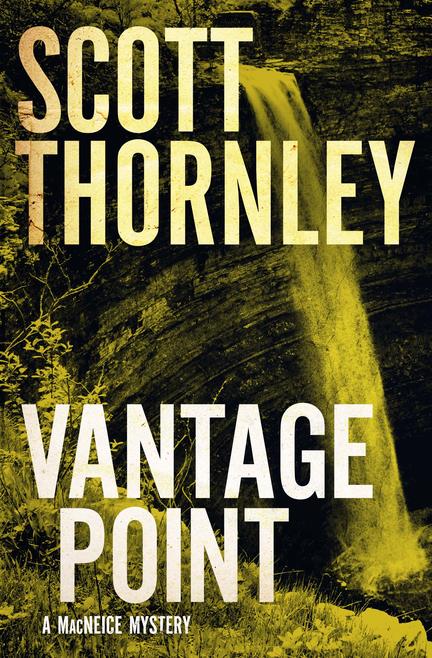 The highly anticipated fourth instalment in the critically acclaimed MacNeice Mysteries series finds MacNeice and his team on the hunt for a sophisticated serial killer who draws his inspiration from classic works of art — perfect for fans of Dan Brown’s mysteries with a historical twist.

Two bodies have been found in the master bedroom of a mansion in Dundurn’s old-money neighbourhood under the mountain. Howard Terry and his son, Matthew, have both been shot twice in the chest. Under Matthew’s body is a doll with blood-red cotton wadding spilling out of its head. Nearby, a mannequin in a nightshirt lies on its back, with two bullet holes in the chest.

On the other side of town, a body is discovered below the Devil’s Punchbowl waterfall. Leaning against an enormous rock is a man in a cotton nightshirt wearing a papier mâché donkey’s head. Two rounds in the chest.

SCOTT THORNLEY grew up in Hamilton, Ontario, which inspired his fictional Dundurn. He is the author of five novels in the critically acclaimed MacNeice Mysteries series: Erasing Memory, The Ambitious City, Raw Bone, Vantage Point, and Middlemen. He was appointed to the Royal Canadian Academy of the Arts in 1990. In 2018, he was named a Member of the Order of Canada. Thornley divides his time between Toronto and the southwest of France.

In the Toronto writer Scott Thornley’s fourth and most accomplished novel featuring Mac MacNeice, he puts readers on edge in the opening pages and leaves them hanging out there until the authentically spectacular windup.

A really good, twisty whodunit that also has an art-world background. One of Thornley’s best.

If you read only one mystery this year, make it this one

[MacNeice is] one of Canada’s best-loved fictional detectives, whose insight-laden conversations with his deceased wife and fascination with bird calls herald the kind of oddball investigative savant whom readers adore.

Other titles by Scott Thornley