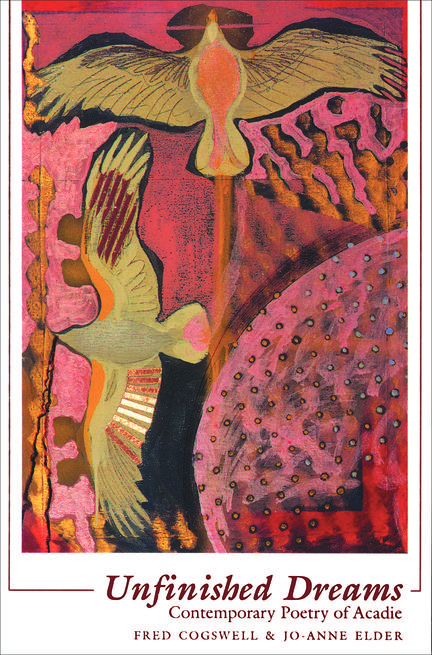 Acadie is a country which exists in the imagination and words of its people. Its literature is young; its poetry has emerged from sheer experimentation with language — both in its form and its content. But the poetry of Acadie is more than simply experimentation: it is also a political expression, an insistence on the very existence of an imaginative country. This is the first anthology of this type ever to be published in English.

Jo-Anne Elder was a member of the Romance Languages Department in 1990-1991. Since then, she has taught French part-time and more recently has taught in the Gender Studies Program. Active as a writer, translator, and editor, she wrote Postcards from Ex-Lovers (Broken Jaw Press, 2005) and has translated many works from French into English. Three of her translations — a novel (Tales from Dog Island: St. Pierre et Miquelon, Killick, 2002) and two books of poems (Beatitudes, Goose Lane, 2007, and One, Goose Lane, 2009) — were shortlisted for Governor General's Awards. She is editor of la revue ellipse magazine, a journal devoted to Canadian literature in translation.

Other titles by Jo-Anne Elder

To Live and Die in Scoudouc

Thérèse for Joy and Orchestra