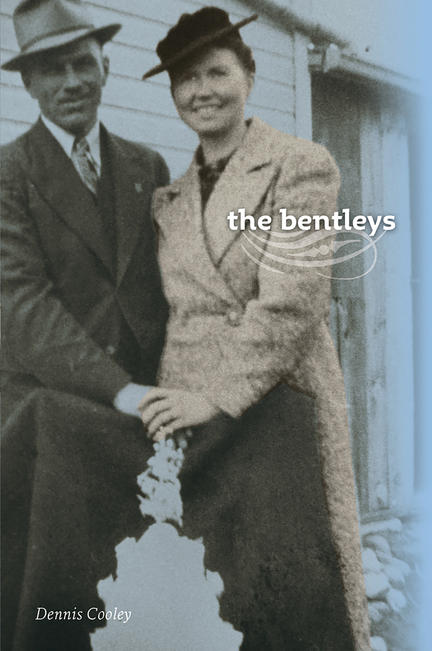 In the bentleys, Dennis Cooley, with his trademark energy and verve, has recreated the tensions and themes of Sinclair Ross's classic prairie novel As for Me and My House. Celebrating 'love in a dry land,' Cooley, with his deft, playful command of language, and his typographic exuberance, demonstrates his mastery of the long prairie poem. Containing some of the finest writing of his career, the bentleys will take its place with Bloody Jack as a 'beJesus delight.'

Nicole Markotić is a poet and critic who teaches at the University of Windsor and edits the chapbook publication Wrinkle Press. She has published two poetry books, Connect the Dots and Minotaurs & Other Alphabets, as well as a fictional biography of Alexander Graham Bell, Yellow Pages. She is currently completing a novel.

"This is deft poetry, with much use of figurative language." Anne Burke, January 2007

"In this long Prairie poem, Cooley has recreated , and added to, the tensions and themes of Sinclair Ross's classic Prairie novel, As for Me and My House. Forms range from movie playbills to spelling bees to country and western songs, providing both fun and reflection." Prairie Books NOW, Spring 2007

"The emotion that Cooley is good at is yearning, and that is true to Ross's novel. Yearning--to escape, to give birth, to be loved, to be noticed, to paint--saturates As For Me and My House and yearning also has an insistent presence in the bentleys. I left Cooley's book, strangely enough, feeling that I knew less about Mr. and Mrs. Bentley, which was both disturbing and oddly satisfying." Sue Sorensen, Canadian Mennonite University, Prairie Fire Review of Books, January 2008

"Cooley seems at first to peer into Ross's world from the outside...In the end, Cooley's approach to Ross's book is not timid at all....He makes himself perfectly at home with his characters, addressing Mrs. Bentley as 'mrs. b.' He makes Ross's world his own, too, splashing the landscape with pigments of red and black: "every evening the sun rips / open the edge of horizon / torn open by sharks some say.' Between the sharks and the 'big-shouldered' crows in their 'black-leather jackets,' this prairie is a dangerous place. the bentleys tells the story of an affair in this tough setting, with its 'unsupportive cast.' Cooley captures the language of passion with a jagged musicality that recalls, for me, Ondaatje's Coming Through Slaughter." Harry Vandervlist, Alberta Views, June 2007.

"Where students, critics, and general readers have long pondered the identity of the unnamed Mrs. Bentley, Cooley imagines a play with parts for each of the characters in the novel....But, of course, Cooley is having his fun, playing out various scenarios in a novel that is cold and dense with silences....Oh, consider the possibilities? Dennis Cooley's considered quite a few of them and fleshes out some sad, some silly, and some beautiful ones here in the bentleys." Bill Robertson, The StarPhoenix, May 12, 2007

"In the bentleys (2005), Dennis Cooley has taken Ross' modernist novel and presented a post-modern version, unmaking the story and reworking the novel's linguistic possibilities. The pleasure of this text is certainly in its exuberant verbal energy and play. the bentleys is a collage of literary parodies in a range of genres....Ross's Bentleys are indeed emotionally present in Cooley's text....But Cooley's Bentleys are also contemporary to our time-comic, profane, physically abundant....Cooley and Crozier both depend on our knowledge of Ross' novel for their poems to work, but this relation in no way diminishes their poetry; rather it gives their work cultural weight, and at the same time extends and honours As for Me and My House, the Ur-text of Canadian prairie writing." David Stouck, Canadian Literature 194, Autumn 2007

Other titles by Dennis Cooley