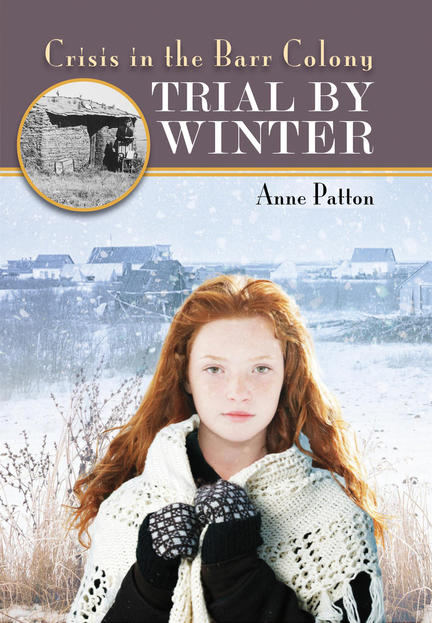 In the final instalment of the Barr Colony series, Dorothy and the Bolton family are settling into life on the prairies after a treacherous journey – first across the Atlantic, and then across the open landscape as they made their way to their homestead in the Barr Colony. But now, winter is approaching. Her mam and dad are fighting, and her dad decides to travel to Edmonton to work for the winter. This leaves Dorothy, her mam, and her sister Lydia to fend for themselves on the harsh prairie, alongside Dorothy’s older brother Frank.

As with many colonists who took land in the west, the Bolton family has no idea the brutal and harsh conditions that will befall them during a winter on the prairie. With Frank off in Battleford getting supplies, Dorothy, Lydia, and Mam attempt to fend for themselves. But no matter what they do, their sod house continues to get colder and colder, and they become desperate for warmth. They must find a way to save themselves, but how?

Based on a true story, Anne Patton has created a compelling final chapter to the Bolton family saga.

Anne Patton’s books for children include Fiddle Dancer and Dancing in My Bones – books that explore Metis culture through the world of dance – and the Tyler collection for Scholastic Education.

Fiddle Dancer was nominated for a Saskatchewan Young Readers’ Choice Award, while Dancing in My Bones was the recipient of the 2010 Moonbeam Spirit Award. Full Steam to Canada, the first book in the Barr Colony series, was the winner of the Saskatchewan Writers' Guild John V Hicks Unpublished Long Manuscript Award. The second book, Through Flood and Fire, was a Moonbeam Children’s Book Award Silver Medalist.

Born in Ontario, Anne taught elementary school in Regina for many years, before retirement launched her into a career as a prolific children’s author. She now makes her home in Victoria, British Columbia.

Other titles by Anne Patton

Through Flood and Fire