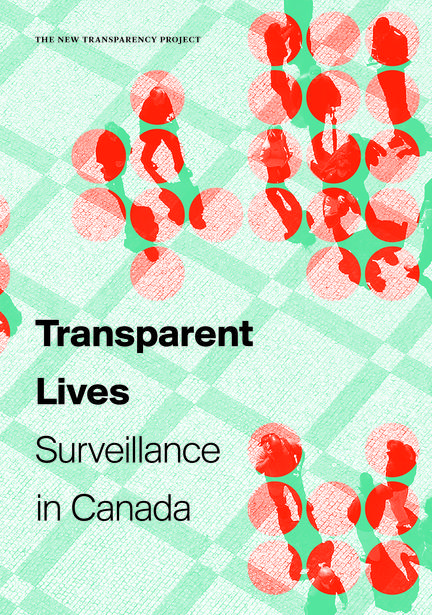 Although most Canadians are familiar with surveillance cameras and airport security, relatively few are aware of the extent to which the potential for surveillance is now embedded in virtually every aspect of our lives. We cannot walk down a city street, register for a class, pay with a credit card, hop on an airplane, or make a telephone call without data being captured and processed. Where does such information go? Who makes use of it, and for what purpose? Is the loss of control over our personal information merely the price we pay for using social media and other forms of electronic communication, or should we be wary of systems that make us visible—and thus vulnerable—to others as never before?

The work of a multidisciplinary research team, Transparent Lives explains why and how surveillance is expanding—mostly unchecked—into every facet of our lives. Through an investigation of the major ways in which both government and private sector organizations gather, monitor, analyze, and share information about ordinary citizens, the volume identifies nine key trends in the processing of personal data that together raise urgent questions of privacy and social justice. Intended not only to inform but to make a difference, the volume is deliberately aimed at a broad audience, including legislators and policymakers, journalists, civil liberties groups, educators, and, above all, the reading public.

Colin Bennett is a professor in the Department of Political Science at the University of Victoria. His research has focused on the comparative analysis of surveillance technologies and privacy protection policies at the domestic and international levels. In addition to numerous scholarly and newspaper articles, he has published six books, including The Privacy Advocates: Resisting the Spread of Surveillance (MIT Press, 2008), as well as policy reports on privacy protection for Canadian and international agencies. He is currently a coinvestigator with the The New Transparency: Surveillance and Social Sorting.

Kevin D. Haggerty is editor of the Canadian Journal of Sociology and professor of sociology and criminology at the University of Alberta. His recent work is in the area of surveillance, governance, policing, and risk. Together with coauthor Aaron Doyle, he is currently writing a book titled 65 Ways to Screw Up in Graduate School, which conveys a series of professional lessons for the next generation of graduate students.

Valerie Steeves is an associate professor in the Department of Criminology at the University of Ottawa. She has spoken and written extensively on privacy. She is currently the principal investigator of the eGirls Project (funded by the Social Sciences and Humanities Research Council of Canada), which studies the performance of gender on social media, and the lead researcher for the Young Canadians in a Wired World research project (funded by the Office of the Privacy Commissioner of Canada).

“The best defences against mass surveillance, and the power citizens are relinquishing to the state and economic actors, are books such as Transparent Lives, whose mission is to raise awareness and provide concrete actionable information. It is strongly recommended to all readers with an interest in the impact of information technology on our society.”

Other titles by Colin J. Bennett

Other titles by Kevin D. Haggerty

The Oxford Handbook of Ethnographies of Crime and Criminal Justice

The New Politics of Surveillance and Visibility

Other titles by David Lyon

Other titles by Valerie Steeves