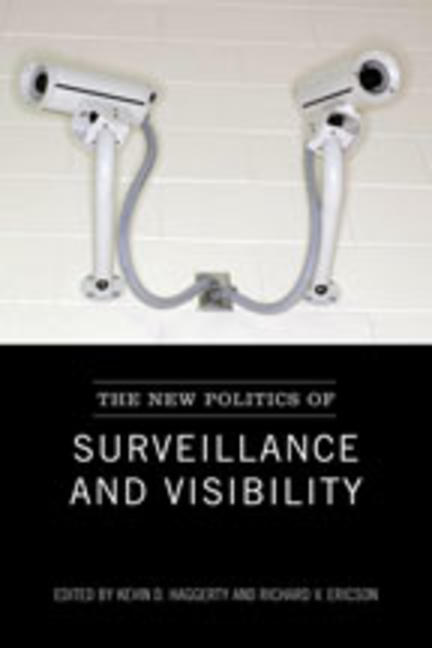 Since the terrorist attacks of September 2001, surveillance has been put forward as the essential tool for the “war on terror,? with new technologies and policies offering police and military operatives enhanced opportunities for monitoring suspect populations. The last few years have also seen the public's consumer tastes become increasingly codified, with “data mines? of demographic information such as postal codes and purchasing records. Additionally, surveillance has become a form of entertainment, with “reality? shows becoming the dominant genre on network and cable television.

In The New Politics of Surveillance and Visibility, editors Kevin D. Haggerty and Richard V. Ericson bring together leading experts to analyse how society is organized through surveillance systems, technologies, and practices. They demonstrate how the new political uses of surveillance make visible that which was previously unknown, blur the boundaries between public and private, rewrite the norms of privacy, create new forms of inclusion and exclusion, and alter processes of democratic accountability. This collection challenges conventional wisdom and advances new theoretical approaches through a series of studies of surveillance in policing, the military, commercial enterprises, mass media, and health sciences.

The late Richard V. Ericson was Principal of Green College, University of British Columbia, a centre for interndisciplinary scholarship and graduate education.

Kevin D. Haggerty is editor of the Canadian Journal of Sociology and professor of sociology and criminology at the University of Alberta. His recent work is in the area of surveillance, governance, policing, and risk. Together with coauthor Aaron Doyle, he is currently writing a book titled 65 Ways to Screw Up in Graduate School, which conveys a series of professional lessons for the next generation of graduate students.

Other titles by Richard V. Ericson

Risk, Insurance, and the Limits of Knowledge

A Study of Police Patrol Work

The Ordering of Justice

A Study of Accused Persons as Dependants in the Criminal Process

Other titles by Kevin D. Haggerty

The Oxford Handbook of Ethnographies of Crime and Criminal Justice