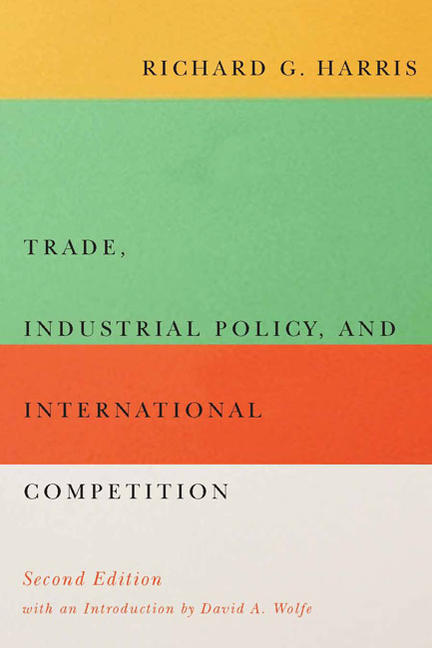 Richard Harris’s now classic study on trade and industrial policy was written for the Royal Commission on the Economic Union and Development Prospects for Canada (also known as the Macdonald Commission). First published in 1985 when the Canadian economy faced dramatic changes arising from the emergence of manufacturing competitors among newly industrialized nations and increased protectionism in the US, its recommendations were instrumental in the negotiation of the North America Free Trade Agreement.

Addressing the key issues surrounding the design and choice of policies for the Canadian economy, Trade, Industrial Policy, and International Competition reviews the theory and evidence concerning trade liberalization as a mechanism to enhance economic growth, disinvestment in sections that are disadvantageous in the international marketplace, and future problems for the marketing sector caused by increasing competition from developing countries. Drawing from many streams of conventional economic thinking, Harris develops an original and sophisticated model for assessing the broader economic impacts of trade liberalization on the Canadian economy. He concludes that free trade and industrial policy should be regarded as complementary, not substitutes for one another, and recommends a free trade agreement with the United States as a top priority.

A new introduction by David Wolfe situates this work within its time and shows how Harris’s analytical insights and policy prescriptions are as relevant today as they when they were originally crafted three decades ago.