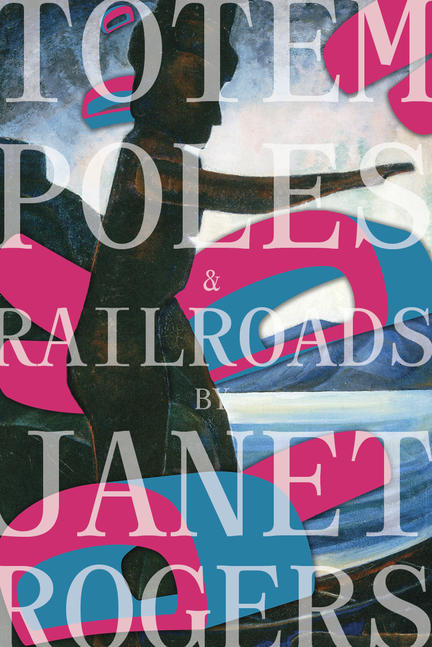 Totem Poles and Railroads succinctly defines the 500-year-old relationship between Indigenous nations and the corporation of Canada. In this, her fifth poetry collection, Janet Rogers' expands on that definition with a playful, culturally powerful and, at times, experimental voice. She pays honour to her poetic characters--real and imagined, historical and present day--from Sacajawea to Nina Simone. Placing poetry at the centre of our current post-residential school/present-day reconciliation reality, Rogers' poems are expansive and intimate, challenging, thought-provoking and always personal.

Janet Rogers is a Mohawk/Tuscarora writer from the Six Nations band in Ontario. She was born in Vancouver and has been living on the traditional lands of the Coast Salish people in Victoria, British Columbia, since 1994. Janet works in the genres of poetry, spoken-word performance poetry, video poetry, recorded poetry with music, and script writing. From 2012 to 2014, Janet served as Poet Laureate of Victoria. Janet has published three poetry collections to date: Splitting the Heart (Ekstasis Editions, 2007), Red Erotic (Ojistah, 2010), and Unearthed (Leaf Press, 2011). Her poetry CDs Firewater (2009), Got Your Back (2012), and 6?Directions (2013) all received ­nominations for Best Spoken Word Recording at the Canadian Aboriginal Music Awards, the Aboriginal Peoples Choice Music Awards, and the Native American Music Awards. Janet hosts Native Waves Radio on CFUV and Tribal Clefs on CBC Radio One in Victoria. Her radio documentaries Bring Your Drum: 50 Years of Indigenous Protest Music and Resonating Reconciliation won Best Radio at the imagineNATIVE Film and Media festival in 2011 and 2013.

These new poems by Janet Rogers are a straight shot metaphysical call to action in the wake of historical trauma, police violence, shameful treatment of our body Earth. They stand as urgent witness, clear talk in the face of colonized law built on lies. Rogers reminds us to pay attention, to listen. These words can heal. - Joy Harjo, Mvskoke Nation, poet and musician To give Rogers' poems a form, a body, I would have to name them blackbird, formidable winged creatures who've chosen the highest branch and whose eyes allow us the vision we so often cannot see ourselves. I'm honoured to be called into this ceremony, sung awake by her prayers. Praise for Totem Poles and Railroads - Gregory Scotfield, author of Witness, I amJanet Rogers doesn't pull any punches. All of the stinging and difficult realities of colonialism are confronted head-on and with ferocity. Rogers is here to disrupt these white landscapes. Rogers is here to call out all of the bullshit both past and present. Totem Poles and Railroads is burning to be read. - Jordan Abel, Nisga's Nation, author of Injun

Other titles by Janet Rogers

As Long As the Sun Shines