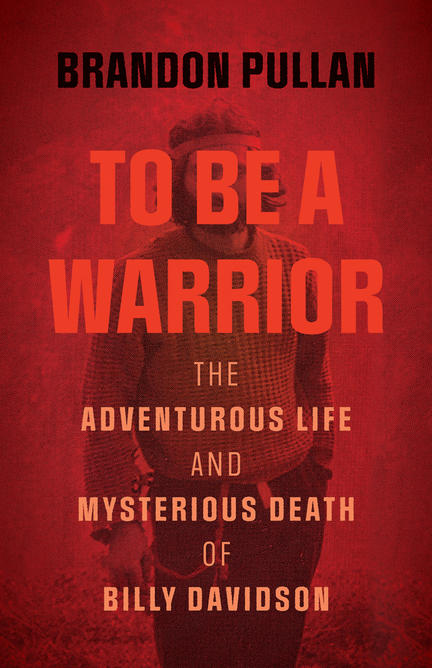 An energetic and engaging investigation into the life and death of legendary climber, paddler, and recluse Billy “Kayak Bill” Davidson.

Billy Davidson (1947–2003) was born in Calgary, Alberta, and grew up in an orphanage in the 1950s. Living close to the Rockies, he was introduced to mountaineering at an early age and climbed his first mountain at 12 years old, eventually becoming one of Canada’s most prolific big wall climbers, with historic ascents in the Rockies and Squamish, along with an early free ascent of the North America Wall of El Capitan in Yosemite. After suffering a nearly fatal fall in the late 1970s, he abandoned the climbing scene and moved to BC’s Pacific Northwest, where he spent most of his time kayaking and painting, living alone on various remote islands in the Inside Passage for over 30 years.

A sometimes meticulous journal writer, Davidson made what would be his last entry, on December 7, 2003. Three months after Billy’s final diary note, he was found dead near his camp in the remote Goose Islands group near Hakai, British Columbia. He died of a gunshot wound to the head.

Based on years of research using Davidson’s journals and dozens of interviews with those who knew him, outdoor journalist Brandon Pullan has penned a remarkable biography of an enigmatic character who continues to loom large in both the mountaineering and the kayaking communities of western Canada.

Brandon Pullan was born and raised in Ontario, and graduated from Lakehead University. He started writing for publications in the late ’90s and is now editor-in-chief of Gripped, Canada’s climbing magazine. He has over 100 published articles in print, and countless contributions by him can also be found online. His alpine pursuits have introduced him to dozens of legendary climbers and mentors, motivating him to compile and archive collections of stories from this older generation of mountaineering greats. Brandon is the author of The Bold and Cold: A History of 25 Classic Climbs in the Canadian Rockies (RMB, 2016) and co-author of Northern Stone: Canada’s Best Rock Climbs (RMB, 2018). He lives in Canmore, Alberta.

Other titles by Brandon Pullan

The Bold and Cold

A History of 25 Classic Climbs in the Canadian Rockies