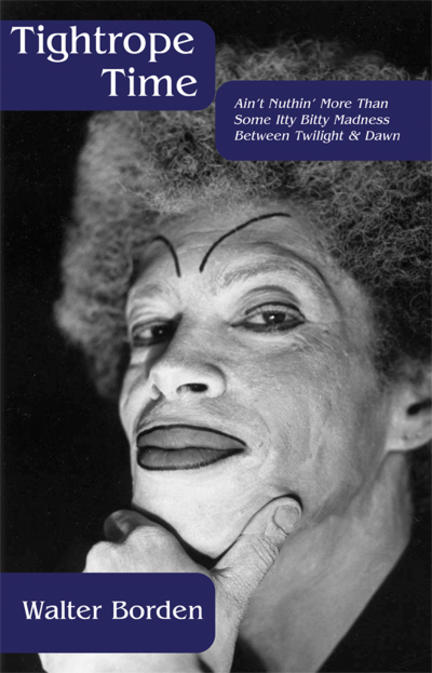 Semi-autobiographical in nature, emotions and communication between actor and audience are central to this work. Tightrope Time is not so much an historical documentation of the quest of a person for a place in the Nova Scotian—or indeed the Canadian—mosaic, as it is an illumination of the resiliency of the human spirit. Ultimately Tightrope Time is simply about survival—traversing that tightrope which we all must cross in order to embrace the fact that, in spite of everything, "we done made it over."

Walter Borden is an actor, poet, playwright, teacher, and activist. In addition to film, television, and radio work, he has recorded the critically acclaimed CD Walter Borden Reads the Sonnets of William Shakespeare to the Music of Fernando Sor. He is a recipient of the Queen Elizabeth II Golden Jubilee Medal and the African Nova Scotian Music Association (ANSMA) Music Heritage Award for his mentoring and promoting two generations of African Nova Scotian musical talent, as well as the Portia White Prize, an award given annually by the Nova Scotia Arts Council to a person who has made a significant contribution to arts and culture in Nova Scotia.

"Tightrope Time is hot stuff. It's rare to be in a theatre and glimpse worlds through language taut with images and rhythm and word-play..."

Essays on His Works

The Merchant of Venice (Retried)